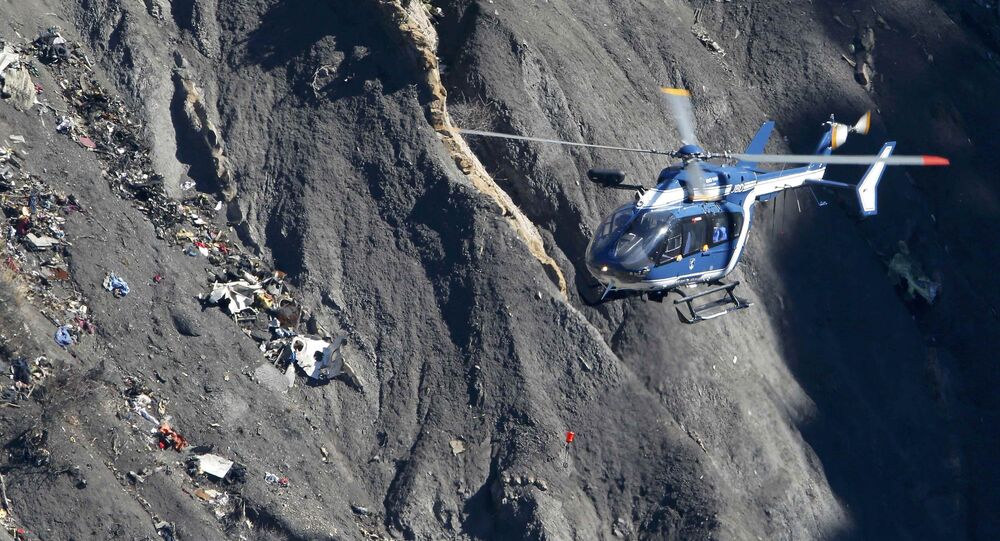 Four police officers were killed in a helicopter crash in the Hautes-Pyrénées.

Youtube / LA Knight
Gone With the Wind: Transport Helicopter Blows Away Toilets
MOSCOW (Sputnik) – Four police officers were killed in a helicopter crash in the Hautes-Pyrénées, a department in southwestern France, the country’s Interior Ministry announced.

"Bernard Cazeneuve, the minister of Interior has learned with infinite sadness of the death this morning in the Hautes-Pyrénées of four servicemen of the National Gendarmerie," the ministry said in a Friday press release.

The cause of the crash remains unknown.

"While participating in an exercise in the massif of Vignemale, the helicopter in which they [officers] were travelling crashed in circumstances that remain to be established," the interior ministry said.

According to local authorities, the wreckage of the helicopter has been found and a crisis unit has been activated in connection with the crash.

French President Francois Hollande has expressed condolences to the families of the victims.