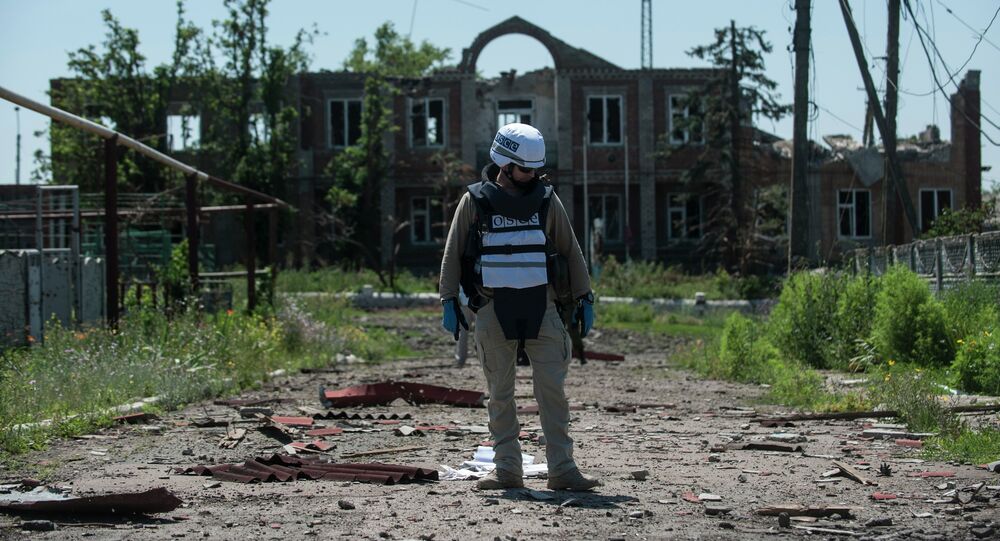 OSCE Secretary General Lamberto Zannier said that the security conditions in the Donbass region in Ukraine must be suitable in order for the Organization for Security and Co-operation in Europe to deploy election observers there.

© AFP 2020 / ALEXANDER GAYUK
OSCE to Have 800 Observers in Ukraine Within 1-2 Months
WASHINGTON (Sputnik) — The security conditions in the Donbass region in Ukraine must be suitable in order for the Organization for Security and Co-operation in Europe (OSCE) to deploy election observers there, OSCE Secretary General Lamberto Zannier told Sputnik on Friday.

"We need security for our observers. We need proper security conditions for us to be able to send civilian observers," Zannier said when asked if the OSCE is planning to observe the election in Donbass this fall. "It is up to local security providers… Kiev has to tell us how this is taking place. It comes also from the dialogue out of Minsk and contact group arrangements include also provision security to the observers."

Zannier noted that Ukraine must invite the OSCE observers for them to be deployed during future elections in the Donbass.

"This means that Ukraine has to be comfortable with the arrangements and preparation of the elections," he explained.

In February 2015, a peace agreement was signed between the two sides to the conflict in the Belarusian capital Minsk. Under the deal, constitutional reforms aimed at decentralizing power in Ukraine and the initiation of local elections in Donbass should have been concluded before the end of 2015.

The country's regions of Donetsk and Lugansk agreed to postpone their local elections until 2016. Before elections in those regions can take place, Ukrainian authorities must fulfil all their obligations under the Minsk peace agreement.