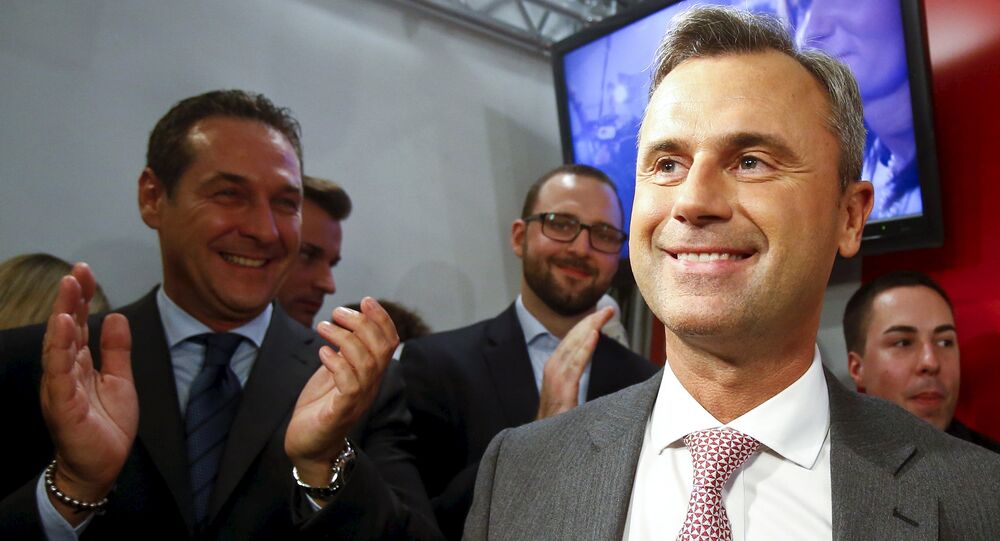 Austrian presidential candidate Norbert Hofer from the far-right Freedom Party’s (FPO) said Friday that admission of Kosovo to international organizations will be a mistake, because of many problems it would create.

© Sputnik / Alexei Druzhinin
Serbia Grateful for Russia’s Support in UN Votes on Srebrenica, Kosovo
MOSCOW (Sputnik) — Earlier in May, the Union of European Football Associations (UEFA) Congress voted in favor of Kosovo's membership in the organization. The move was soon followed by the International Federation of Association Football (FIFA) Congress. The admission of the partially recognized state faced opposition from some countries, including Serbia.

"I believe that admitting Kosovo to international organizations at this point would create more problems than it would solve," Hofer said in an interview with the Serbian Tanjug agency.

Kosovo declared independence from Serbia in February 2008, and has since been recognized by 111 UN member states. Belgrade considers Kosovo to be part of Serbia. Dozens more countries, including five EU nations and Russia, do not recognize Kosovo's sovereignty.

On April 24, Hofer topped the first round of Austria's presidential election, with 36 percent of the vote, followed by the Greens’ Alexander Van der Bellen with 20 percent, while four other candidates lagged well behind them. The two candidates are due to face each other in a runoff on May 22.