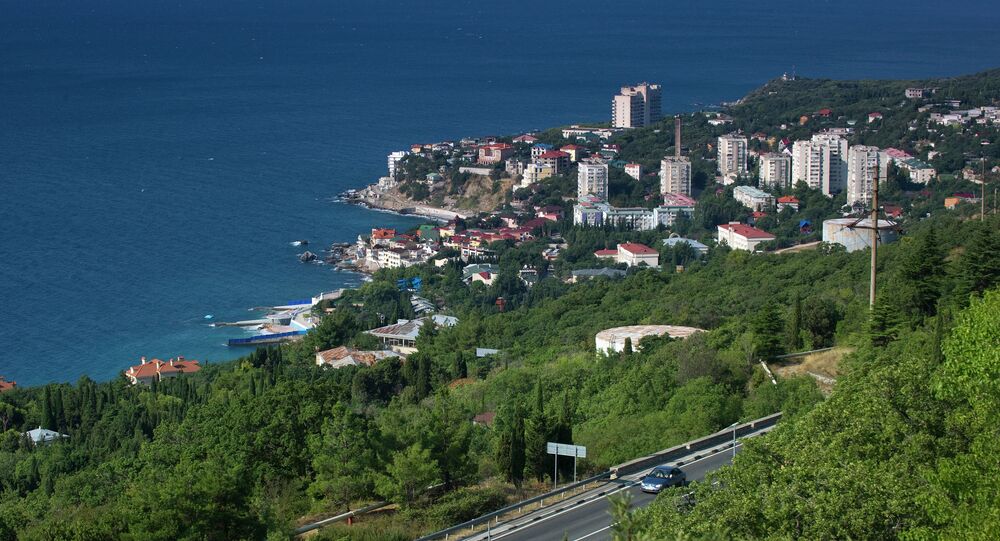 As the EU's envoy, Poland's Former Foreign Minister Radoslaw Sikorski played a central role in the Maidan uprising in Ukraine in 2014. Today, he argues that Ukraine cannot manage to successfully re-claim and re-integrate Crimea and the Donbass, as both regions are supposed to be "unprofitable."

© Sputnik / Vladimir Astapkovich
France to Recognize Crimea as Russian Territory if Le Pen Elected President
Sikorski emerged as one of the staunchest supporters of the Maidan revolution that engulfed Ukraine in an surge of far-right extremism and neo-Nazism and led to a dramatic drop of living standards across the country. Today, his advice to his allies in Kiev is to abandon all attempts to regain Crimea, which subsequently re-united with Russia as well as the war-torn Donbass region.

"I think that Ukraine should concentrate on creating prosperity for the 90 percent of the country's area it controls," he told the newspaper Svenska Dagbladet.

© Sputnik / Sergei Malgavko
Venetians Aren't Blind: Veneto Regional Council Votes to Acknowledge Crimea's New Status
Despite remaining an ardent critic of Russia and Vladimir Putin personally, Sikorski has a pragmatic approach towards Ukraine, asserting that Russia will not give back either of the territories.

"Ukraine lost a part of its territory, namely Crimea and the Donbass. But these are unprofitable provinces anyway. Many of Crimea's residents are pensioners and the Donbass industry has suffered substantial losses," he said, arguing both will prove an economic burden for Russia.

© Sputnik / Vladimir Sergeev
Old Love: Ukrainians Return to Crimea
Considering the fragile state of Ukraine's economy, Sikorski argued that the loss of Donbass was a good riddance for the impoverished nation.

"Of course, it is painful for any country to lose a part of its territory, but I am afraid that if the Donbass magically returned to Ukraine, the task of re-integrating and restoring the territory would be beyond its capacity," Sikorski said.

With the conflict in eastern Ukraine seemingly coming to a halt, Kiev leadership has found itself in hot water amid as the nation is increasingly struggling to stay afloat economically speaking. Prime Minister Arseniy Yatsenyuk resigned in April, severely criticized. Sikorski nevertheless chose to praise Yatsenyuk on how he reformed the energy sector. According to him, Yatsenyuk's highly unpopular measures were none other than necessary. However, Sikorski also expressed hope that Yatsenyuk's successor Volodymyr Groysman would be more successful in fighting Ukraine's raging corruption.

© Sputnik / Sergey Malgavko
'Ukraine Doesn't Need Crimea or Donbass, Judging by How They're Treated'
Even Ukraine's president Petro Poroshenko is in trouble following the Panama leak. According to the Panama Papers, Poroshenko is suspected to harbor over 4 million euros of personal wealth in an offshore tax heaven. Unsurprisingly, Sikorski has no qualms about that.

"As I understand, the president claims that these legal instruments were used to create a foundation for his personal assets," he said.

Taking off for Kiev. A day of talks and conference on EU and Ukraine in the years ahead. pic.twitter.com/ICp9ry5Dvl