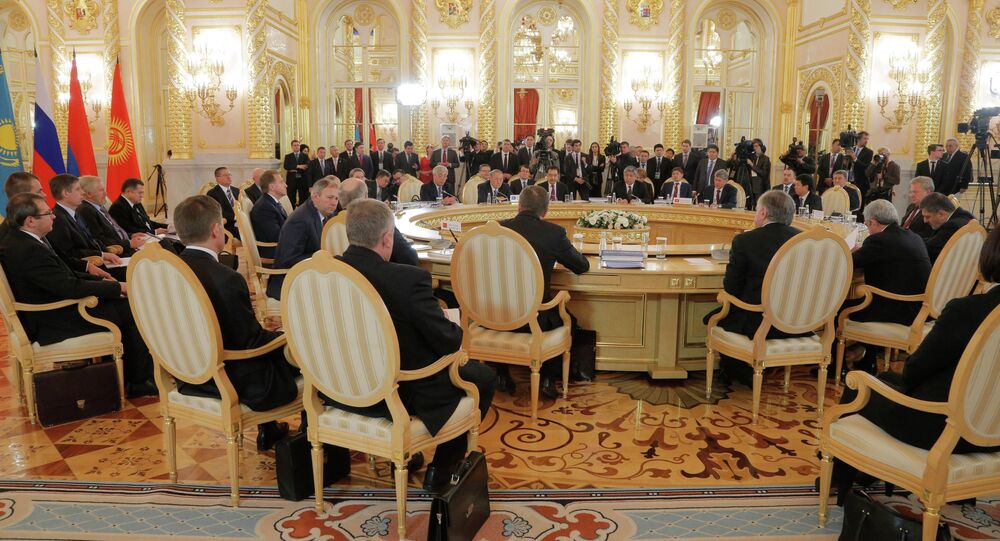 EEU Member States Should Use National Currencies in Mutual Trade

Eurasian Economic Union (EEU) members should gradually switch to the trade among the oraganization on the basis of the national currencies.

© Sputnik / Alexander Astafyev
EEU Prime Ministers May Meet in Moscow on April 12
Following a range of meetings of the Eurasian Intergovernmental Council, EEU institutions started preparations of the proposals that could include increased use of national currencies, she added.

At the same time, introduction of a single currency within the EEU is not on the agenda, Valovaya noted.

The EEU, comprising Russia, Armenia, Belarus, Kazakhstan and Kyrgyzstan, is an international organization that encourages regional economic integration through the free movement of goods, services, and people within the union. It came into being on January 1, 2015.

EEU Members Must Adhere to Given Commitments to Bloc