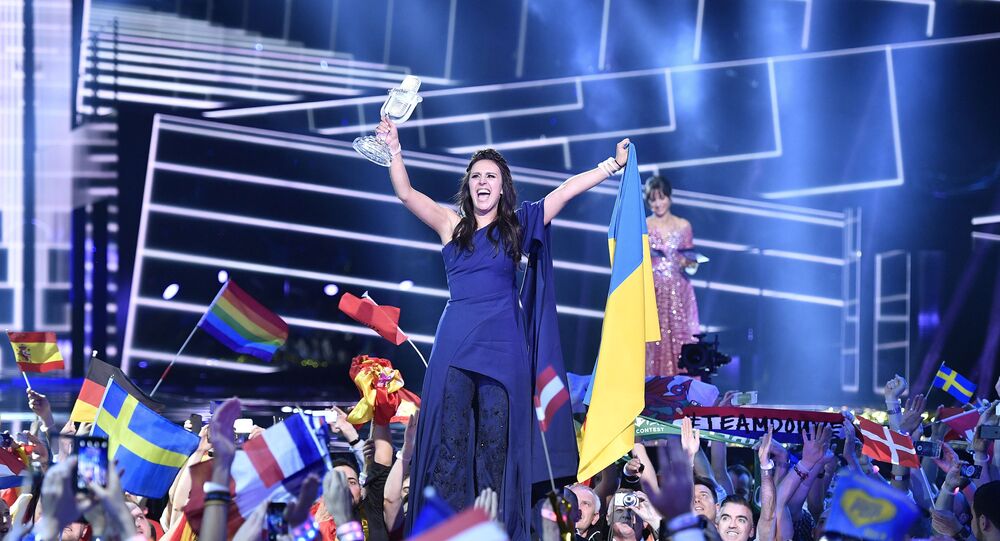 Ukraine’s Jamala won the 2016 Eurovision song contest on Saturday. In the grand finale that was held in the Swedish capital city of Stockholm, the songstress performed "1944."

And the winner is...... UKRAINE! #Eurovision https://t.co/dKDgnBAh6v

Sergei Lazarev, who presented Russia in the contest, took third place with his song "You Are the Only One." The second spot was occupied by Australia's Dami Im, who performed the song “Sound of Silence.”

Lazarev, who performed under number 18, was leading the polls in Europe in the run-up to the grand-finale. He has stolen the hearts of European music lovers with his skillful singing and his bright performance, RIA Novosti noted.

The singer said that he had fallen in love with the song and added it is devoted to a girl, whose name he didn’t reveal. He also stressed that the huge Russian audience and his mother lent him major moral support during the contest.

© AFP 2020 / JONATHAN NACKSTRAND
Eurovision Flag Mess: Song Contest Puts Daesh Along With Basques and Crimea
Participants from 26 countries from all over the world were competing in the final of the contest.

The Eurovision contest has undergone major rule changes this year, now in its 40-year history. From now on, professional juries and TV audiences from all the involved countries vote separately, allotting participants points from 1 to 12.

Eurovision is considered the world’s biggest entertainment show. For the first time ever, he grand finale was aired in the US. Russia has taken partin the contest 19 times, winning once in 2008.