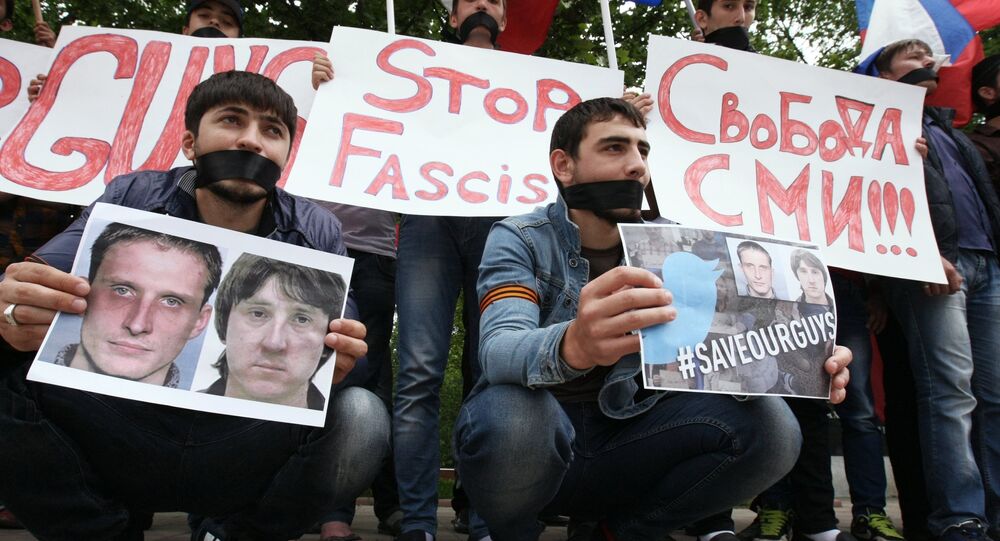 The Organization for Security and Co-operation in Europe's (OSCE) representative on freedom of the media is concerned over journalists’ security in Ukraine amid recent violations of their privacy.

© Sputnik / Ramil Sitdikov
Rossiya Segodnya Urges OSCE to Oppose Journalists Discrimination in Ukraine
VIENNA (Sputnik) — The Organization for Security and Co-operation in Europe's (OSCE) representative on freedom of the media, Dunja Mijatoviс, expressed Wednesday her concern over journalists’ security in Ukraine in the wake of recent leaks of personal information.

“This is a very alarming development which could further endanger the safety situation for journalists. Journalists report on issues of public interest and they should not be harassed for doing their job,” Mijatoviс said in a statement.

She referred to a Tuesday publication of more than 4,000 journalists from various Ukraine and international media outlets on the website Mirotvorets.

The leak contained names, e-mails and mobile phones of representatives of CNN, Agence France-Presse, Reuters, BBC, New York Times, Vice News, Al Jazeera and so on who were accredited by the self-proclaimed Donetsk People’s Republic in eastern Ukraine.

Mijatovic pointed out that some of the journalists from the published list had already received threats.