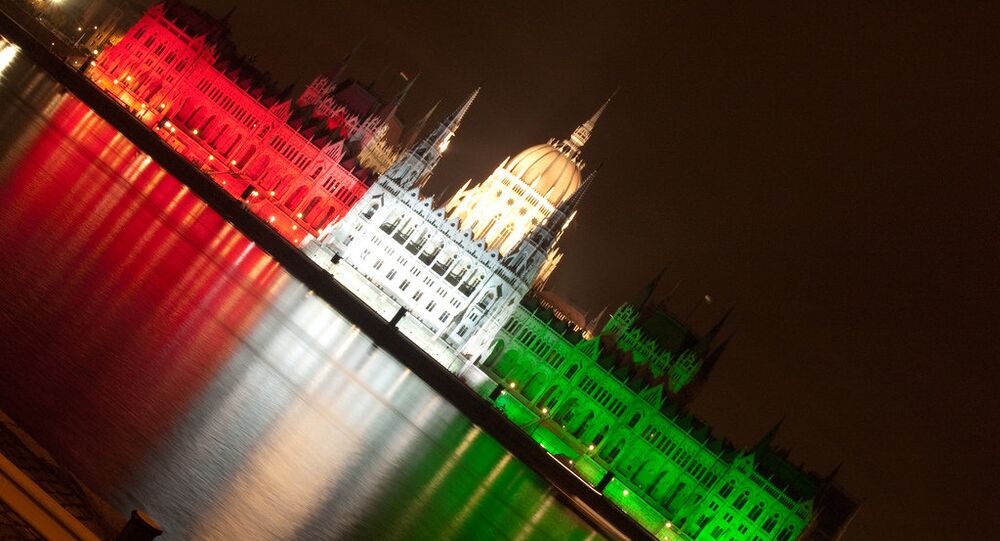 Hungary's Parliament has voted in favor of holding a referendum to ask citizens if they want be forced by the European Union to join its resettlement program for refugees.

MPs decided with 136 'yes' votes against five 'no' votes to go ahead with the referendum asking:

"Do you want the European Union to be able to require the mandatory settlement of non-Hungarian citizens in Hungary without the consent of the National Assembly?"

However, many Eastern European countries are refusing to take part, including Hungary which continues to fight against the EC over its plan to ease the burden of refugees from Italy and Greece.

Hungary's minister of foreign affairs and trade, Peter Szijjarto claims the referendum is to give the people of Hungary the choice — not the European Commission.

"The Hungarian government initiated a referendum on illegal migration precisely so that the Hungarian people decide their destiny and not the Foreign Minister for Luxembourg," Peter Szijjarto, Hungary's minister of foreign affairs and trade, said in a statement to Hungarian news agency MTI.

Taking a swipe at Jean Asselborn, Luxembourg's Foreign Minister, Szijjarto accused him of acting with "usual arrogance" and "rating those who don't agree with him as second class Europeans."

In 2014, more than a million — 1,255,600 asylum seekers to be precise — applied for protection among EU member states — double the number from the year before.

A year later, the Hungarian parliament approved a bill to legally change the definition of "asylum seeker" to "economic migrant," allowing it to refuse asylum seekers — now classed as migrants — any rights they would usually be entitled to under EU law. A razor wire fence was also built on Hungary's border with Serbia and Croatia.

Compared with the population of each member state, Hungary received the highest number of asylum seekers between July and September 2015; above Sweden, Austria, Finland and Germany.

Towards the end of 2015, Germany, Sweden, Austria and Netherlands continued to record increasing numbers of applicants — in contrast — by the end of last year — Hungary recorded a decrease.

On May 9th 2016, along with voting 'yes' for a referendum to ask the Hungarian people if they want to join the EU resettlement plan, the country's parliament adopted even stricter measures towards asylum seekers. People who are deported back to Hungary under the Dublin regulations will now be detained in rooms to be made smaller.

As for children and young people, recent Eurostat figures reveal that 14,300 Syrian unaccompanied children and teenagers seeking asylum arrived in the European Union; the majority of them in Germany, followed by Sweden and Hungary.

Four thousand applied for protection in Germany whilst 3,800 arrived in Sweden and 2,200 applied for asylum in Hungary.

The Cost of 'Fairness': How EU's Refugee Fines Could Hit Member States