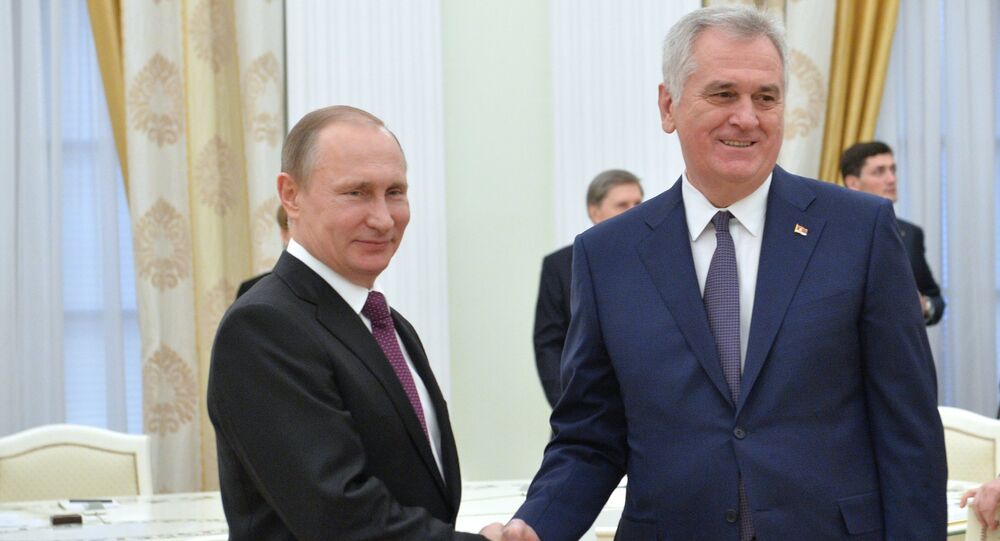 Serbia is grateful to Russia for standing by it in UN votes on the Srebrenica massacre and on Kosovo UNESCO bid, Serbia's President Tomislav Nikolic told Sputnik.

MOSCOW, May 9 (Sputnik) — Last year, Russia vetoed a UN resolution that would have recognized the 1995 Srebrenica massacre in Bosnia as an act of genocide, and voted against accepting Serbia’s breakaway Kosovo region in UN’s cultural agency UNESCO as an independent member state.

"I am grateful to Russia and President [Vladimir] Putin that the UN Security Council did not pass a resolution on Srebrenica, which would be a catastrophe for us. At my request, Moscow used its veto right, which is known to be a difficult procedure. We are also grateful for Moscow’s influence that led to the UNESCO denying Kosovo membership," Nikolic said.

Kosovo declared independence from Serbia in February 2008, and has since been recognized by 108 UN member states. Belgrade considers Kosovo to be part of Serbia. Dozens more countries, including five EU nations and Russia, do not recognize Kosovo's sovereignty.