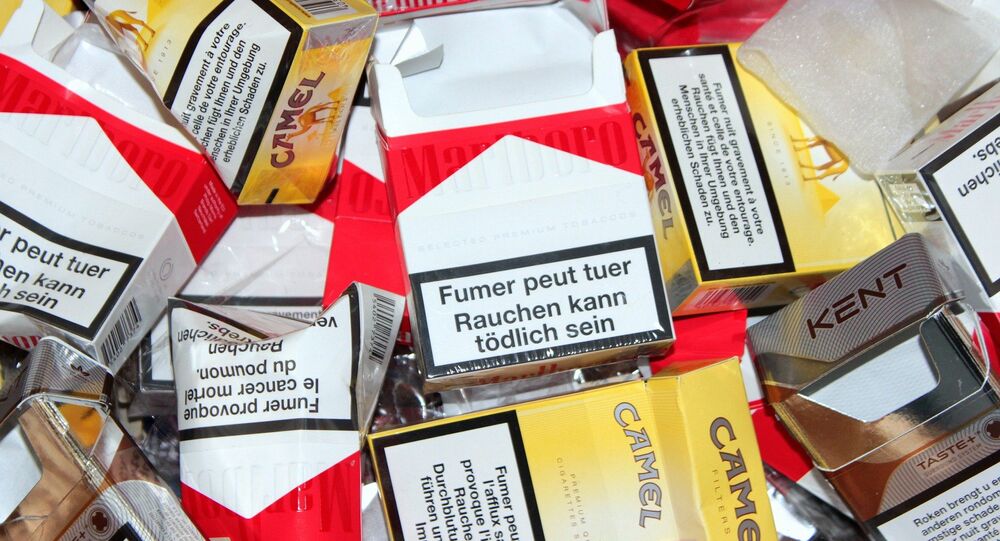 The European Court of Justice has upheld a law that will see the introduction of standardized "plain packaging" for tobacco products, a ban on menthol cigarettes and the advertising of e-cigarettes. But the ever-looming Transatlantic Trade Agreement (TTIP) looks set to open the door to legal battles between big tobacco companies and the EU.

© Photo : Pixabay
Fiery Tobacco Row Erupts as EU Lobbyists Clash With MEPs Over Transparency
Philip Morris International and British American Tobacco have already raised objections to the proposed legislation, arguing that it oversteps the authority of the European Union.

Negotiations are still ongoing, but the controversial TTIP agreement could have serious implications for governments seeking to crack down on big corporations — such as the tobacco industry.

One of the most controversial elements of TTIP concerns what is known as the investor state dispute settlement (ISDS), which gives corporations the legal right to — in effect — sue foreign governments over laws which could damage their profit margins.

VIDEO #TobaccoLobbying: 'Letter and spirit of law must be observed' says Ombudsman https://t.co/m81vjZkbTT

Perhaps the most famous example of ISDS in action, concerned the legal battle between Philip Morris and the Australian Government, following the decision to introduce plain packaging laws under a similar trade agreement with Hong Kong.

Australia ultimately won out against the tobacco giant, but the case dragged on from 2011 — 2015, so with TTIP providing greater provision for ISDS cases to be undertaken, years of legal wrangling with big tobacco could lie ahead for the EU.

Whilst Philip Morris were unsuccessful in their objection to plain packaging laws in Australia, there have been plenty of ISDS cases which governments have lost.

For example, waste treatment company, SD Myers, successfully sued the Canadian government for US$20 million in damages when it banned the export of toxic PCB waste. Likewise, when the Canadian Government banned the import of a petroleum additive MMT on public health grounds, Ethyl Corporation sued for US$251 million in losses.

The Transatlantic Trade and Investment Partnership will form the basis of a trade agreement between the EU and the US, with the aim of promoting economic growth between the two.

Negotiations were originally expected to be completed in 2014, but they are now expected to last until 2019-20.

Tobacco Giant Accused of Sweetening Anti-Smoking Officials, Including WHO