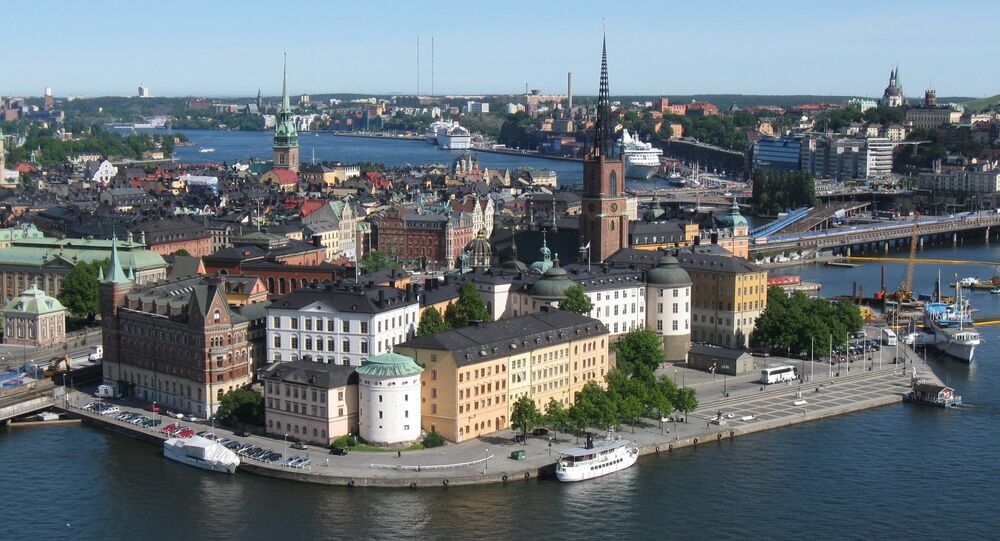 Following a year in which arriving asylum seekers (about 163,000) outnumbered children being born in the nation's hospitals (approximately 115,000), Sweden is still struggling with accommodating the new arrivals, as well as providing them with education and jobs.

© AP Photo / Gregorio Borgia
Nordic Intermission: More Refugees to Europe, Fewer to Sweden
The growing costs of immigration and a housing bubble have paved the way for a "deep" economic crisis in Sweden and the situation has already begun to deteriorate beyond repair, three Swedish economists wrote in a debate article in Dagens Industri.

Fredrik N.G. Andersson, Andreas Bergh and Anders Olshov, all representatives of think-tank Intelligence Watch, noted that the current situation in Sweden is similar to that in countries like Spain, Portugal and Ireland in the years before the financial crisis of 2008.

Two major imbalances have been pointed out as the reason for the coming crisis: massive growth of household debt, which soon is believed to exceed 180 percent of available income, as well as the heavy influx of asylum-seekers from the Asia and Africa.

"Sweden has one of the largest banking sectors in relation to the size of the country's economy and may find it difficult to manage a banking crisis as a result of an unsustainable household debt," the economists wrote.

© Flickr / Forgemind ArchiMedia
School's Out: Sweden May Rely on Foreigners to Cover Lack of Teachers
The researchers were skeptical whether low-skilled immigrants could successfully be integrated in the country and enter the labor market. Additionally, the cost of social assistance is soaring and putting increased pressure on the Treasury.

"There is a threat of mass unemployment among the new arrivals, which may stir social tensions," the report said.

According to the economists, competent bodies have turned a blind eye to the development of this terrible situation for too long. At present, the crisis can no longer be prevented, but only "mitigated," they argued.

"The economic crash will hit hard both the Swedish economy and the Swedish model. History shows that financial crises turn out to be most costly during peacetime. Together with the outlay on reception of refugees and the lack of integration, the effects of the crisis may be even worse," summarized the expert trio.

Despite the immigration being touted by Sweden's major media and mainstream politicians as "a great opportunity," the government has been forced to spend billions on creating tax-funded welfare jobs.

Prime Minister Stefan Löfven also stressed the need for more menial jobs in Sweden. At the same, he noted that immigrants should work with Sweden's cultural heritage, digitalize documents in public administration and take care of the elderly and the sick.

Last year, the unemployment rate among native Swedes was 4.6 percent — compared to 21.6 percent among foreign-born in general, with the percentage peaking among low-skilled immigrants.