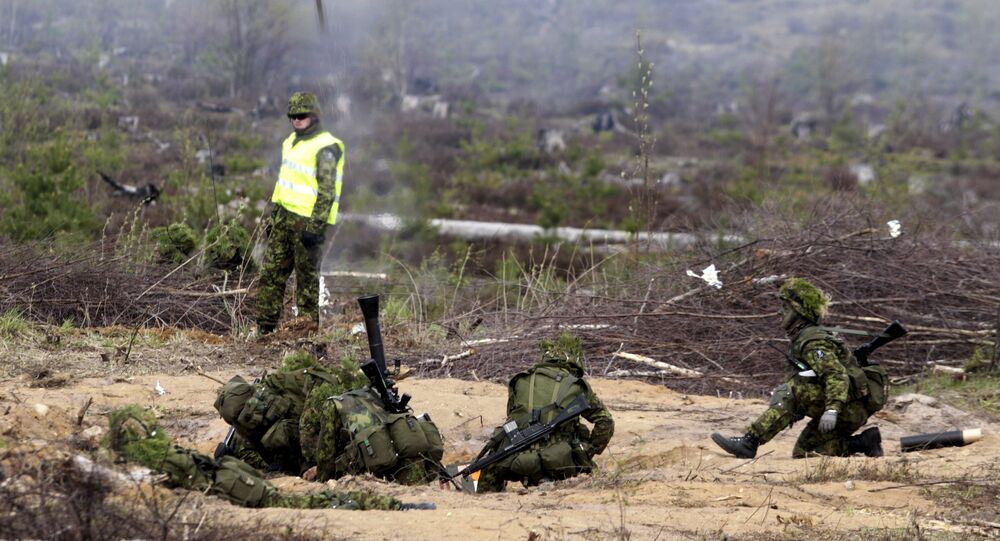 Estonian Defense Forces on Monday starts joint drills with NATO troops near the border with Russia.

MOSCOW (Sputnik) — Estonian military on Monday starts major drills dubbed the Spring Storm involving NATO troops in the country's southeast near the border with Russia, according to the Estonian Defense Forces statement issued on Monday.

"The Spring Storm will make the military units more mature, preparing them for the war-time. The exercise will demonstrate the recruits in action, [as well as] the skills they had acquired," Commander-in-Chief of the Estonian Defense Forces Lt. Gen. Riho Terras said as quoted in the statement.

© CC0
Estonia Works to Bring Additional NATO Forces to the Baltic
He welcomed NATO's contribution to the drills, adding that any practice concerning Estonian defense should be better performed on home soil.

The Spring Storm drills, which is due to last between May 2 and 20, will involve 6,000 troops, according to the Estonian military. The troops involve domestic units and a NATO military unit, comprising servicemen from 10 member states, as well as NATO military equipment.

​Since 2014, NATO has been building up its military presence in Europe, particularly in eastern European countries bordering Russia, using Moscow's alleged interference in Ukraine as a pretext for the move. Moscow has repeatedly denied the claims and warned NATO that the military buildup on Russia’s borders is provocative.

© AFP 2021 / RAIGO PAJULA
Estonia Launches Drills Near Russian Border With US Troops Involved
Earlier this month, reports emerged in the media that NATO member states were preparing to deploy about 4,000 troops in the Baltic states and Poland as part of the Alliance’s strategy of military buildup on the Russian border.

Estonian Minister of Defense Hannes Hanso said that NATO's plans were important and Estonia had put a lot of effort in their implementation.