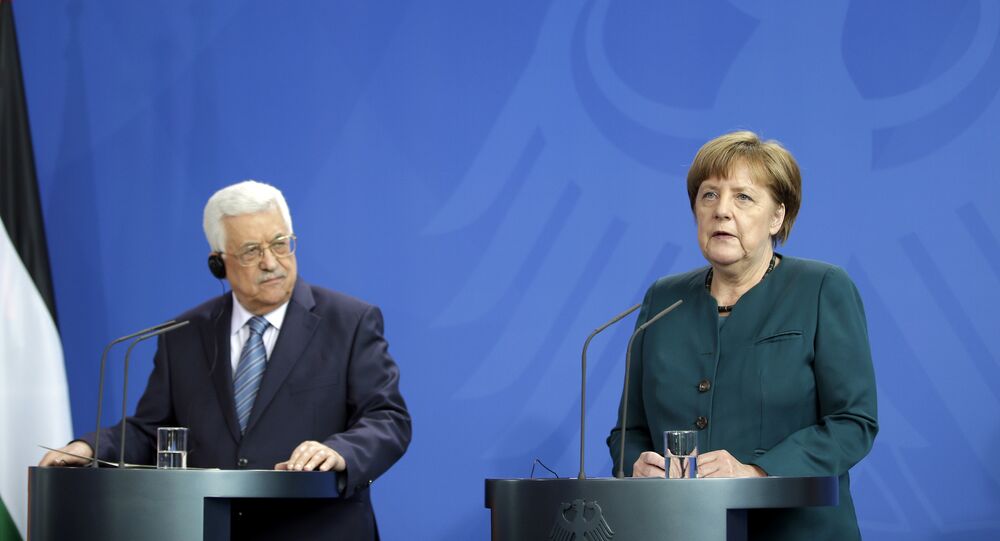 Germany may have consistently been one of Israel’s strongest allies in the EU, but that could be about to change as the European nation's unequivocal support for Israel becomes… equivocal.

According to a story in the German weekly Der Spiegel, a number of members inside the German Chancellery and the Foreign Ministry want to rethink Berlin’s relationship with Israel as a result of its settlement policy and and the belief that Netanyahu is perpetually disinclined to act on the Palestinian issue.

© AP Photo / Michael Sohn
Germany Supports Two-State Solution for Israel, Palestine Issue - Merkel
The article headlined “Skepticism of German-Israeli Friendship Growing in Berlin,” is only the latest in a number of reports emerging in recent years that have detailed tension between German Chancellor Angela Merkel and Netanyahu.

Some have suggested that Israel has been taking advantage of “automatic” support from Germany and that no longer sits well.

“The perception has been growing in the German government that Netanyahu is instrumentalizing our friendship,” the magazine quoted Rolf Mützenich, deputy floor leader for the Social Democrats (SPD) in parliament, as saying.

Some even questioned Israel’s overall policy regarding Palestine and regional and domestic affairs.

“Israel’s current policies are not contributing to the country remaining Jewish and democratic,” argued Norbert Röttgen, chair of the Foreign Affairs Committee in the Bundestag and a member of Merkel’s Christian Democratic Union,

© AFP 2020 / Andrew Harnik
More Seeds of Discord: No Sign of US-Israel Tension Easing
The German magazine argued that the debate was fueled during Netanyahu’s Berlin visit. Senior cabinet advisers were infuriated when the Israel publication Hayom published a story on the meeting with the headline: “Merkel: This Isn’t the Time for Two States.”

The article argued Netanyahu had “twisted her words,” making it appear that she backed his policies.

“In fact, though, Merkel had repeatedly made it clear to Netanyahu that she believes the effects of Israeli settlement construction in the occupied territories are disastrous,” they explained. “The settlement policy, she believes, makes it unlikely that a viable Palestinian state can be established in accordance with plans aimed at a two-state solution.”

However, the article noted that, while the future relationship may be murky, plenty officials believe Germany’s support will remain unwavering.

“The relations between Israel and Germany are, and will continue to be, close and good,” an unnamed senior official was quoted as saying. “It seems these statements are an internal German attempt to attack Merkel for her close relationship with Prime Minister Netanyahu.”

Saudis and 9/11, Israel and Occupied Golan, Macedonia and Regime Change