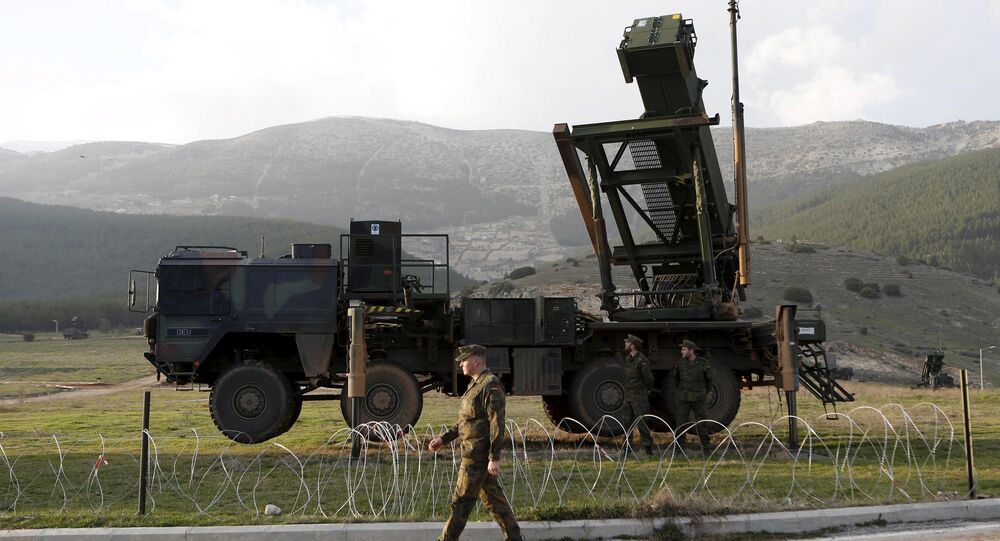 Germans have used social networks to express their opposition to news of the government's plan to send 250 German troops on a NATO mission to Lithuania, which has the ostensible aim of "reassurance" for NATO's eastern members.

© AP Photo / Christoph Schmidt/dpa via AP
Police Arrest 400 Protestors Following Violent Clashes at Alternative for Germany Conference
Many Germans have reacted with disbelief after German newspaper Der Spiegel reported that German troops could take part in a NATO mission to Lithuania that is due to be organized during NATO's next conference in Warsaw in July.

According to the report, German Chancellor Angela Merkel has already offered German participation in the mission behind closed doors at a meeting in Hannover with the leaders of the US, UK, France and Italy last week.

The proposed mission is to consist of permanently rotating units in the Baltic states, Poland and Romania, which will form permanent battalions in each country of 1000 NATO troops.

News of Germany's military involvement at Russia's borders met with intense reaction on German social networks, where politicians and members of the public expressed their opposition to the proposal.

Gregor Gysi, a leading MP of the Die Linke (the Left) political party, wrote on his Facebook page that "I find the justification hardly convincing, that this is a signal to eastern NATO members who feel threatened by Russia."

"First of all, the question is not one of feelings, but about whether a threat really exists," he wrote.

"In fact, historically, it was Germany that invaded Russia, not the other way around. June 22 is the anniversary of the last invasion by Germany. Therefore to now send troops to the Russian border is forgetting history, and escalation."

Others posted on Twitter to express their opposition, and put NATO's proposal in perspective.

"German soldiers are back at the Eastern front, 70 years after WWII. The false alliance's mission to 'deter Russia.'"

"NATO wants to send the Bundeswehr to Lithuania. Since when has Russia actually threatened Lithuania? Enough is enough."

Kalter Krieg — the next generation — jetzt in HD! https://t.co/EbhtVPxexZ

​The most popular of readers' comments left on the Die Welt newspaper website appealed to Merkel to reconsider the government's political priorities.

"I find all this unbelievable. We cannot protect our borders, but somewhere else we have to pretend to be Mad Max," wrote one reader.

"What is this then, Merkel? Can one protect borders after all? Or only in Lithuania?" said another.

"The government can no longer see the wood for the trees. The border to Africa/Turkey/Syria is open, but the danger comes from Russia. It's simply crazy."