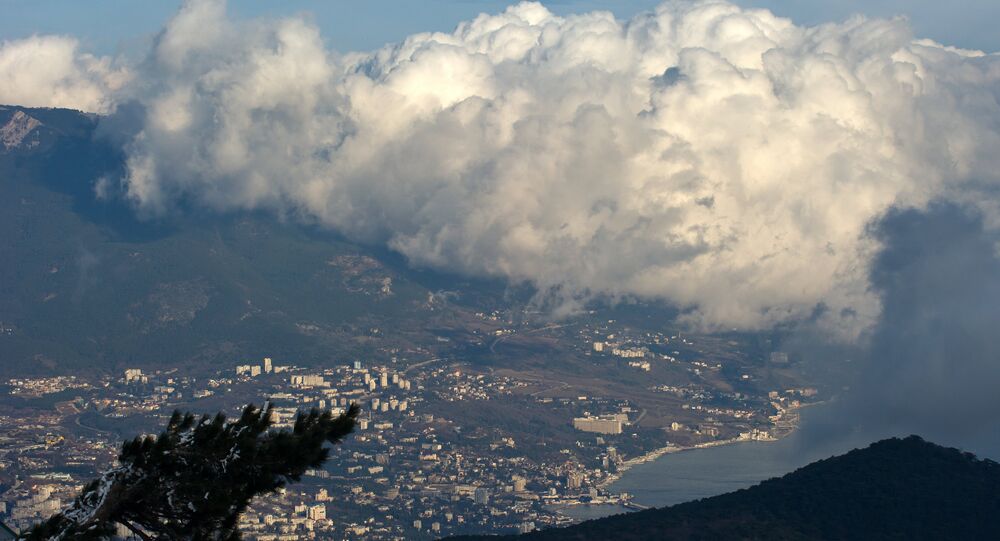 The former head of Germany’s foreign intelligence service has proposed turning Crimea into a modern-day Hong Kong or creating a free trade zone on the peninsula, the news agency RBC reported.

“My idea is to create a free economic zone in Crimea, for example, we should try to do [the likeness] of Hong Kong in consensus with Ukraine, with the West, with the European Union,” August Hanning told the BBC on the sidelines of a conference on international security held in Moscow on April 27-28.

He didn’t elaborate, saying only that time for such a decision hadn’t come yet.

© Sputnik / Vladimir Astapkovich
Nearly 40 French Lawmakers to Travel to Crimea in July - Parliamentarian
“We need a greater deal of imagination on this matter. Now is not the time, but maybe in the future there will be a chance,” he said.

Hanning, who led the German BND foreign intelligence agency from 1998 until 2005, said that he had “no doubt that the majority of the population of Crimea voted to become part of Russia.” He added that the manner in which the Black Sea peninsula rejoined Russia inn 2014 was unacceptable to the West.

Hanning said he felt that that Russia was ready move forward and find solutions, including on Crimea. He also called to keep the search for a compromise away from the public eye.

“We should do this more circumspectly — publicity will only harm,” August Hanning noted.

Hong Kong was leased to Britain until 1997. After its return to China it received the status of a special administrative region with rights of broad internal autonomy for a transitional 50 years, i.e. until 2047.

Under the agreement,  Beijing’s authority is limited to the representation of Hong Kong in international relations and defense issues.

When attending the Asian Economic Forum in January 2016, Russia’s Deputy Prime Minister Arkady Dvorkovich said that Moscow was ready to discuss the possibility of creating a free economic zone between  Hong Kong and the Eurasian Union.

He added that such an agreement had already been concluded with Vietnam and that similar talks were now in progress also with Israel.

Crimea rejoined Russia in the spring of 2014 according to the results of a region-wide referendum.

Ukraine, backed by the US and the EU, does not recognize the results of the March 16, 2014 plebiscite.

In January the European Parliament adopted a resolution in which it made the lifting of anti-Russian sanctions conditional on Crimea’s return to Ukraine.

If the Shoe Fits: High-End German Shoe Factory to be Built in Crimea

Unfazed By Sanctions: Italians Ready to Invest in Crimea