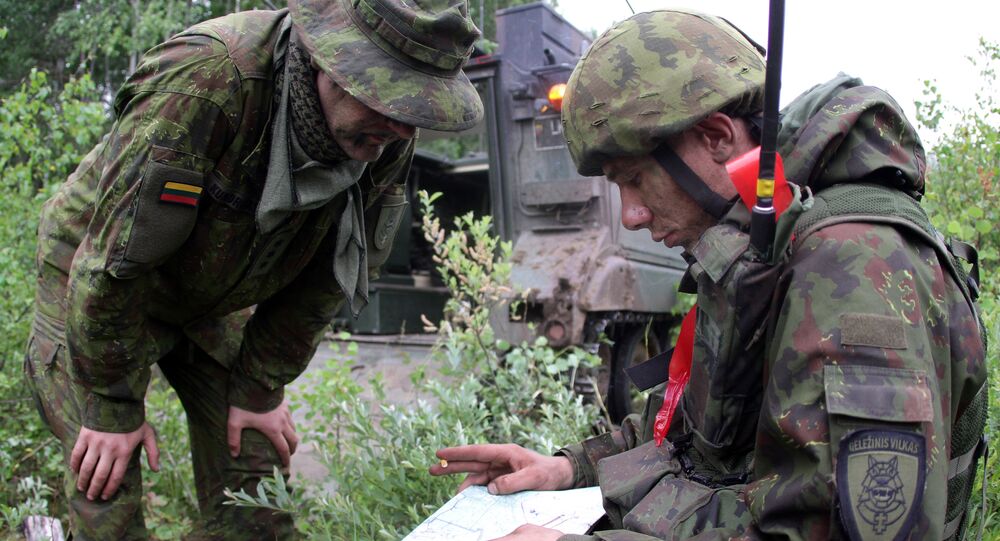 The Lithuanian authorities continue their relentless and equally fruitless hunt for Russian forces that allegedly violate the country’s borders.

© AP Photo / Mindaugas Kulbis
Lithuania to Relocate American Tanks to Poland
The Lithuanian military is about to renovate three of its early warning ports, Delfi news portal reports. The military intends to completely renovate the facilities and to replace the Soviet-era equipment currently deployed there with NATO-standard long-range radars.

The media outlet notes that this initiative comes in the wake of an incident which occurred on April 12 when three Russian military helicopters approached the Lithuanian border and allegedly violated the country’s airspace. However, despite the fact that servicemen of the Lithuanian border guard claimed to have witnessed this intrusion with their own eyes, the military declared that their radars didn’t detect any such airborne targets entering the country’s airspace on that date.

Earlier in April, Lithuania’s Prime Minister Algirdas Butkevicius also declared that a force of Russian paratroopers allegedly landed on Lithuanian soil in the vicinity of Juodkrante. The minister declared that Lithuanian special services reacted to the incursion 'promptly and adequately,' but for some reason has not elaborated further on the nature of the incident, claiming that the information is classified.

Meanwhile, some Lithuanians are beginning to express doubt in the veracity of such alarming reports. As Romualda Poševeckaja, Lithuanian politician and member of the Vilnius city council, told Lenta.ru, the war against the 'ghosts of little green men' waged by Lithuania's authorities looks more and more like some sort of mass hallucination.

"The spy mania in the country is on the rise, when people start imagining Russian spies under their beds. For example, just recently those Lithuanian teachers who staged a rally demanding better wages were labeled as Russian agents. Russian Orthodox Church and Russian schools were also labeled as a 'fifth column' by security services… And then there are claims that criticizing the authorities during the ongoing information warfare undermines the country’s foundations," she said.

But it is possible that this policy of irresponsibly scaring the population may instead undermine the public trust in government institutions and security services, Poševeckaja concluded.