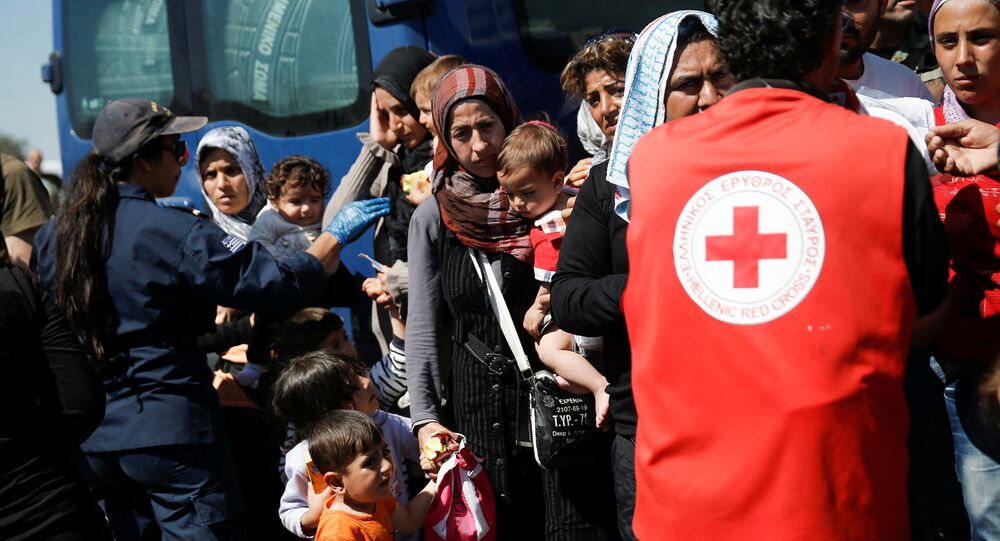 Czech Police President Tomas Tuhy said that escorting the refugees from Greece to Turkey will be the task of the Czech police officers.

© AFP 2021 / Robert Atanasovski
Czech Police Practice Deterring Migrant Flows on Austrian Border
PRAGUE (Sputnik) – The Czech Republic will send to Greece 30 police officers, who are due to assist in the work of the EU border agency Frontex, helping its personnel to stem the migrant flow and send the refugees to Turkey, Czech Police President Tomas Tuhy said Sunday.

"Escorting the refugees from Greece to Turkey will be the task of the Czech police," Tuhy stated, as quoted by the Czech TV stations.

Police officers from Slovakia, Austria and Germany have already been taking part in this activity. Earlier, 11 Czech police have already arrived in the Hellenic state and now participating in the control and registration of undocumented migrants.

In mid-March, the European Union and Ankara agreed on a deal under which Turkey pledged to take back all undocumented migrants who arrive to the European Union through its territory in exchange for Syrian refugees accommodated in Turkey, on a one-for-one basis.

In return, the bloc pledged to provide a total of 3 billion euros ($3.4 billion) to Turkey to help it deal with refugees, with a possible further 3 billion-euro provision in 2018.