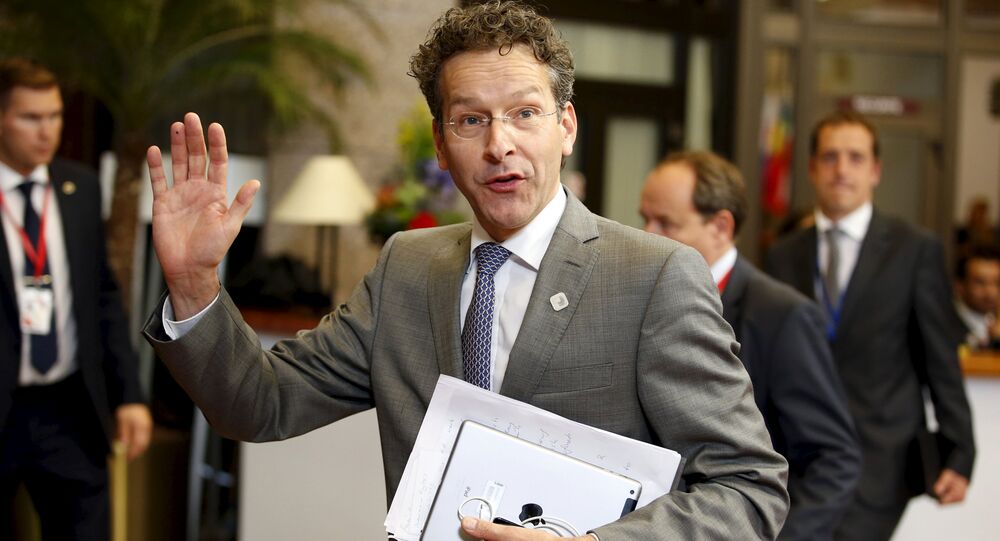 The chairman of the Eurogroup said that a substantial progress was made in talks between Athens and EU institutions on the reform package that Greece must deliver as part of its bailout program.

© AFP 2021 / Andy Buchanan
Greece, Portugal Would Argue With Ex-Scottish Leader's Pro-EU Stance - Former SNP Official
MOSCOW (Sputnik) – A substantial progress was made in talks between Athens and EU institutions on the reform package that Greece must deliver as part of its bailout program, making the conclusion of a review on the issue possible next week, Jeroen Dijsselbloem, the chairman of the Eurogroup, told reporters on Friday.

“Cooperation between the [EU] institutions and the Greek authority has been strong and productive… We believe that substantial progress has been made,” Dijsselbloem said at an informal gathering of eurozone finance ministers in Amsterdam, adding that no deal that could enable Greece to unlock further bailout funds would be signed Friday.

According to the Eurogroup head, the sides are close to an agreement on a number of key areas such as the pension reform, the income tax reform, the nonperforming loans issue and the establishment of a privatization fund.

“On some issues, more work will have to be done to fully conclude that, but we are very close… We can have a further Eurogroup next Thursday… to then come to a positive conclusion,” Dijsselbloem added.