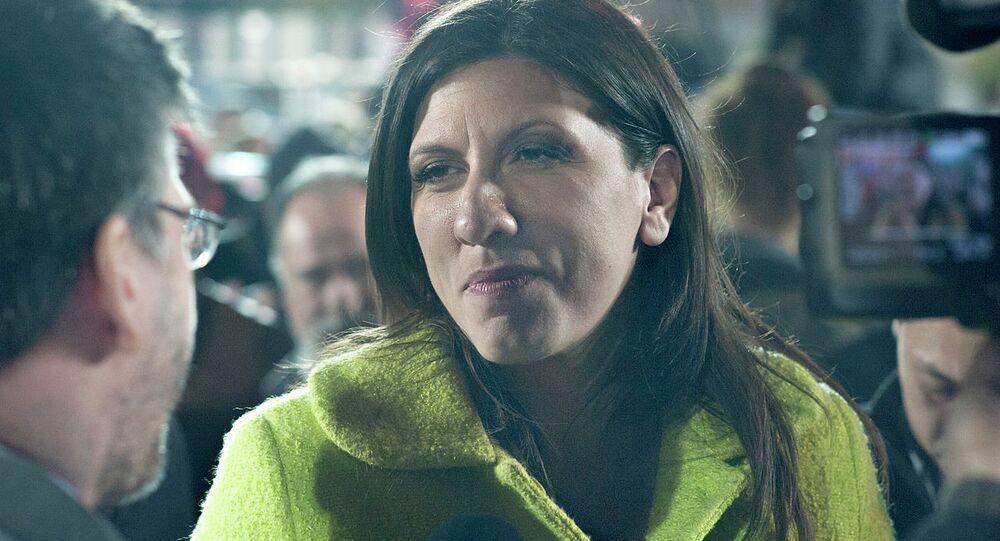 "We are embarking on a course to the future. We are beginning our collective struggle for the liberation of our people and our homeland from the shackles of memoranda," Konstantopoulou announced at a launching ceremony.

The Course to Freedom party’s symbol is a purple boat with four blue sails. Konstantopoulou first revealed the party in an April 15 Facebook post.

Political observers say the Course to Freedom is unlikely to pass a 3-percent parliamentary threshold in the next elections unless it forms a coalition with other left-wing factions.

The Course to Freedom’s six-point program calls for justice, transparency, debt forgiveness and the recovery of World War II-era debts from Germany through courts.