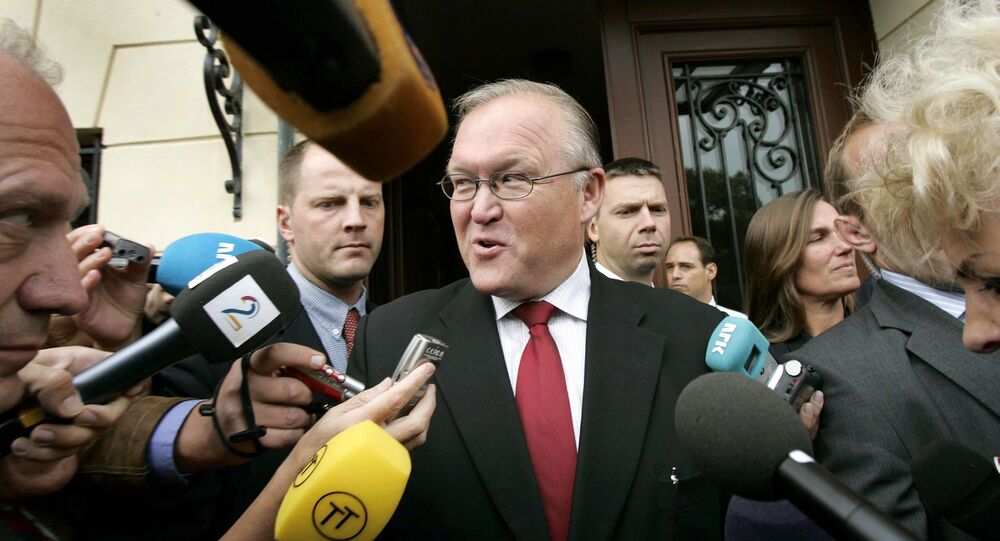 Sweden's former PM Göran Persson of the Socialist Democratic Party has in an unsuspected reversal expressed disagreement with the country's current migration policy, but at the same time advised against closing the door to immigration altogether.

© AFP 2021 / Henrik Montgomery / SCANPIX-SCANPIX
Sweden's Infamous Housing Minister Quits Amid Extremism Row
"The welfare societies we have in large parts of Europe are now under immense pressure," Göran Persson told Swedish Television SVT, questioning the newcomers' right to state aid starting from day one. According to him, the burden of sharing the material welfare with "huge immigrant groups" may be "worrisome."

"Eventually people will enter a community, become citizens and taxpayers and start contributing. During the period of two, three or maybe four years, it is not entirely unreasonable that not everything that has been built up by the country's inhabitants is automatically shared by the newcomers starting from day one,", he told, proposing to withdraw parental allowance or child benefits for immigrants.

At the same time Göran Persson encouraged the continuation of the ongoing immigration policy.

"My general opinion is that immigration to Sweden is one of the explanations why everything has been going so well for the country. Last fall, things went a bit too fast, as too many came in at once. But we should for God's sake not shut the door, as this is going to be detrimental for us all," he said.

© AFP 2021 / JUSTIN TALLIS
Former Swedish PM Urges Country to Shut Up and Love Refugees
According to Swedish Television SVT, Persson also stated that the EU is becoming "a retirement home." This applies particularly to the Visegrad countries (Czech Republic, Hungary, Poland and Slovakia) which have rapidly aging populations. He added, however, that even Germany, Italy and Spain are seeing the same trend.

"This is bound to run into economic problems and political tensions. There is nothing as dangerous as a nation turning back and looking at what happened 30, 40, 50 years ago. I'm scared of Europe turning backward, because then World War II is coming back," he said, criticizing the ageeing countries' fear of migration.

© Flickr / Old Swedish men
No Rest for the Bored: Elderly Swedes Continue Working After Retirement
According to Dagens Industri, Persson also recently argued that today's pensions are too low and argued for diverting a whole 15 billion krona (1.85 billion dollars) in taxes to the Swedish pension system.

The 67-year-old Göran Persson, who himself recently turned pensioner, served as Sweden's PM from 1996 to 2006 and was the leader of the Socialist Democratic Party from 1996 to 2007. At present, he works as a PR consultant.