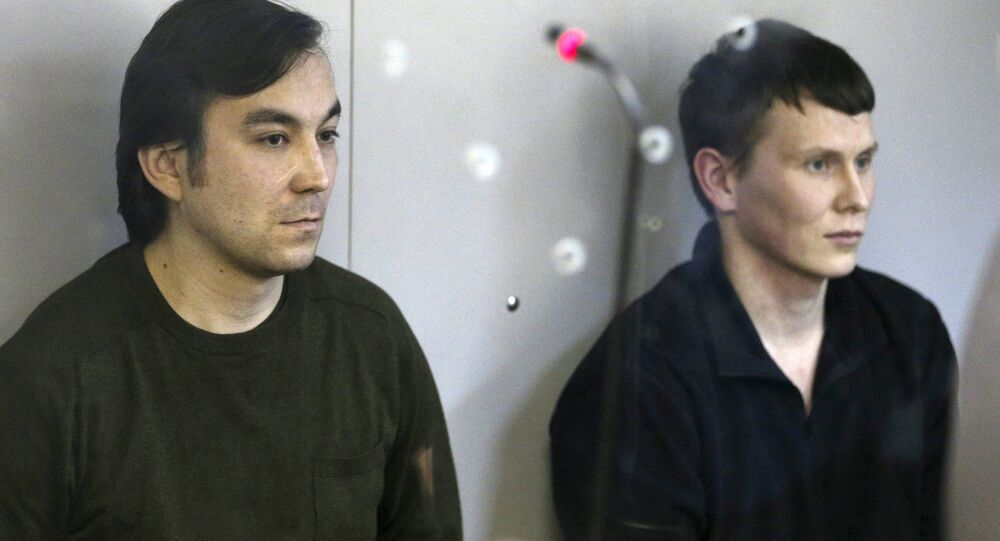 Kiev court sentencing of Russian nationals Yevgeni Yerofeev and Alexander Aleksandrov, who were detained in May 2015 in eastern Ukraine, was made under pressure, Russian Consul in Ukraine Alexei Gruby said Monday.

KIEV (Sputnik) — The court earlier on Monday sentenced Yerofeev and Aleksandrov each to 14 years in prison after finding them guilty of terrorist activities, "conducting an aggressive war," and other activities leading to the death of humans.

"When they attempt to set your office on fire [as a threat], you would write anything. We certainly oppose [the ruling]," Gruby told RIA Novosti.

"We are taking all possible steps within the legal field to ensure the return of our citizens home," Gruby added.