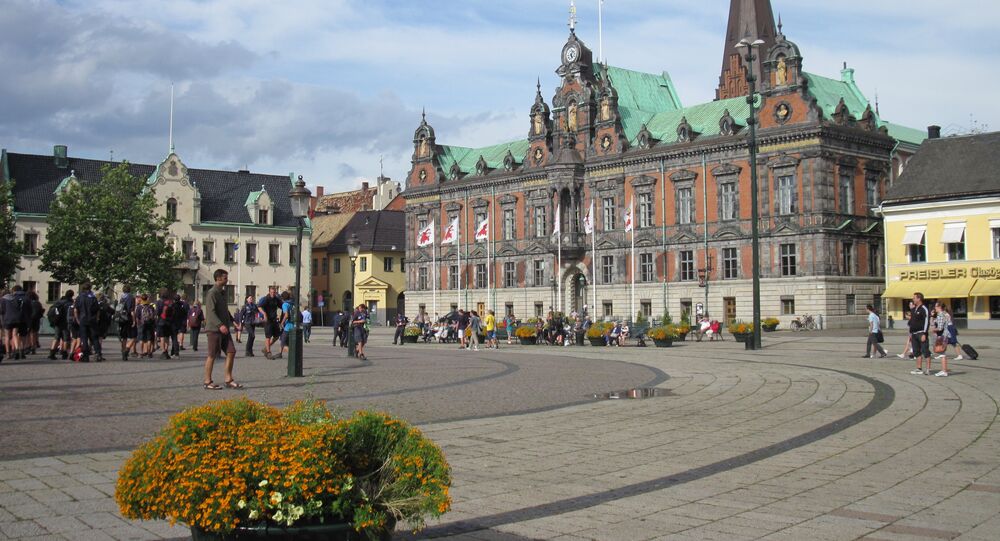 The deadly Daesh terrorist organization has reportedly tried to recruit jihadists via an employment agency in the Swedish city of Malmö.

Employment agencies, where customers queue with numbers in hand for negotiations with their caseworkers, are for many the first step into the regular labor market in Sweden, the new home country for tens of thousands of refugees. Last fall, however, the staff at Malmö employment agency discovered that a strange man had sought contact with the agency's clients and started indoctrinating them with Daesh propaganda. The incident, however, was only made public last week.

"There were indications of attempted recruitment into a terrorist organization," confirmed Per Ola Persson, head of security at the employment service.

© Flickr / Ian Packer
Double Trouble: Sweden Launches Crackdown on Terrorism Amid Soaring Crime
According to her, the recruitment took place in an unceremonious way, with the customer reception personnel looking on, with several customers reporting the event.

"We do not always know what is going on in our premises. We assume that everything is strictly job-related, but it is difficult to keep an eye on everyone," she said, referring to absence of security cameras.

According to the newspaper's sources, recruitment attempts in Malmö have been underway in a variety of public places, such as restaurants and cafes. Recruiters were described by one source as "extreme Salafists" who stand out with short pants and "unkempt beards."

"The people who become victims of recruiters are often unemployed, idle and therefore have all the time to be coaxed by "head hunters," said a person who witnessed several solicitations.

© REUTERS / Peter Kruger
Anxious Swedish Police Investigate Dead Terrorist Who Lived Near Stockholm
Local Daesh sympathizers are trying to not only recruit fresh jihadists, but also to intimidate their enemies with SMS threats.

"I met one of them here, a guy with a long beard. He said: ‘Inshallah, we will kill all Kurds. You first,'" said a man with Kurdish roots. According to him, the local Muslims dare not say their names aloud and call them "the filthy ones."

Amir Rostami, a police officer and sociologist who has been researching recruitment among gangland criminals, is not surprised.

"Such a place as the employment service is in fact perfect for recruiters. They are aiming at environments where people are vulnerable and desperate and offer them a ‘way out,'" he said, pointing out that most of the Swedish jihadists hail from neighborhoods that have problems with gang crime.

"There are people who hoped for a paradise in Sweden and became disappointed," he explained.