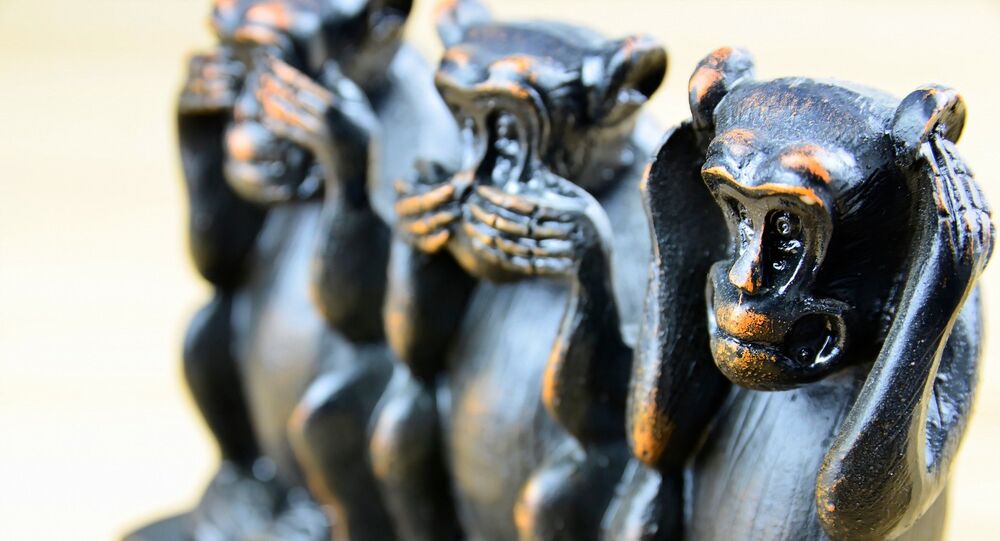 Not My Problem: UK 'Turns a Blind Eye' to Europe's Migrant Crisis

They are the somber words of Marietta Provopoulou, general director of Medecins Sans Frontieres (MSF) which chime with the condemnation from a plethora of human rights and aid charities of the European Union's treatment of asylum seekers; amid accusations that Britain is "turning a blind eye" to the plight of refugees.

The UK has an obligation to provide a #safehaven to its fair share of refugees: https://t.co/oa7CqnzXHS pic.twitter.com/ryULCb1g7B

"The current situation in Greece for desperate asylum seekers is perverse. People fleeing danger are detained in unacceptable conditions while they away a likely return to unsafe Turkey or languish in the dysfunctional Greek asylum system," said Eva Cosse, Greece specialist at Human Rights Watch.

A group of 13 human rights groups and aid charities have also accused the UK of failing in its responsibility to protect some of the world's most vulnerable people, calling the deal struck between the EU and Turkey as the "latest callous attempt to shut the door on desperate people who have already fled their homes and risked a treacherous sea crossing."

The recent "callous" deal struck between the EU and Turkey sees anyone landing on the Greek islands taken directly to so-called 'hotspots', which according to MSF are becoming detention centers run by the Greek army and the police where more than 50,000 people remain trapped.

And while the EU's solution to the crisis lies in outsourcing its work to Turkey, Britain has been accused by Oxfam's Head of Humanitarian Policy of pretending the crisis is someone else's problem.

"The UK is trying to pretend that this is someone else's problem, and that refugees and migrants could and should be dealt with elsewhere. But people who are desperate will take huge risks to reach safety," said Maya Mailer from Oxfam.

As of March 28, more than 50,000 people trapped in #Greece in detention centers or camps https://t.co/2iIedMLxR0 pic.twitter.com/UGKkIiGqdK

Oxfam, the British Refugee Council, the International Rescue Committee and ten other agencies say it's not enough for the UK to only provide assistance and aid for refugees in Lebanon and Jordan and should offer its fair share of help to all refugees.

Today we stand with @oxfamgb @theIRC and others to say UK is turning blind eye to suffering https://t.co/wgyXJ386aI pic.twitter.com/I7Ibhx3WFj

April 2016, marks a year on from the drowning of 800 people in the Mediterranean Sea as they tried to reach Lampedusa and when the European Union held their first summit on the migrant crisis; which has morphed into the biggest humanitarian crisis in Europe since the Second World War.

"While European leaders demonstrate a collective failure of political leadership and moral courage, people who have escaped war and tyranny are met with barbed wire and tear gas, mums are forced to bathe their infants in dirty puddles, and yet more refugee children down on Europe's shores."

They are somber words of Maurice Wren, head of Britain's Refugee Council.