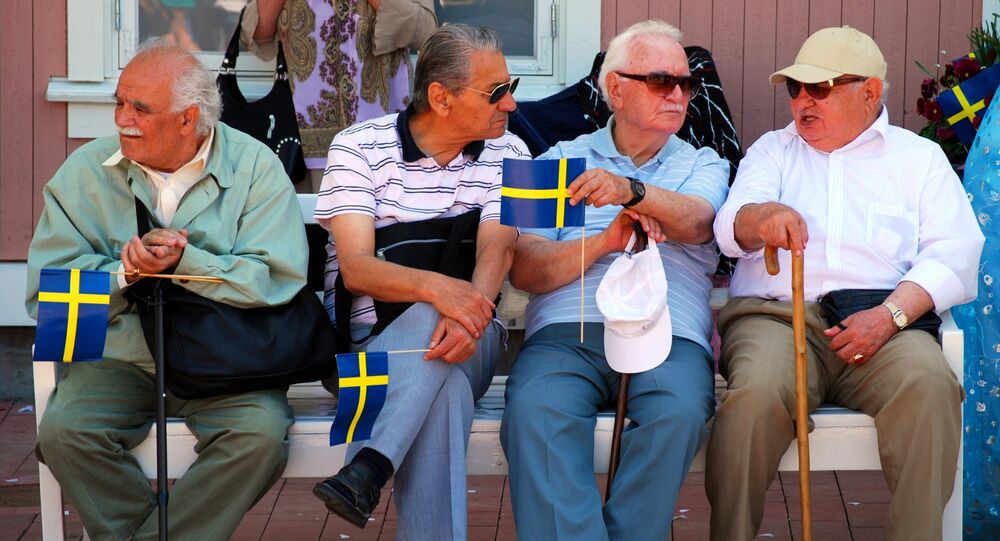 An increasing number of elderly Swedes continue working despite their advanced age and the plush government pensions the Nordic countries are famous for. A survey, performed by Swedish Radio's program Ekot, shows an increased demand for pensioners in a range of professions.

Social worker Kiki Bergman is one of the pensioners who has kept herself busy. She had only been retired for two months before she got a new job.

"I don't believe in that happy retired life, when you have a lot of time to indulge in all the pleasant things. I think man has been made to work hard," she told Swedish Radio.

Having retired after a long career as a social worker, she soon felt that something was missing.

"I became insanely restless and started climbing the walls," she said.

© AFP 2020 / JONATHAN NACKSTRAND
Ask No Questions, Hear No Lies: Swedes Have Strong Confidence in the Media
The elderly are usually regarded as a vulnerable group in the job market, but demand for pensioners has actually been astonishingly high in Sweden, Swedish Radio reports, with reference to dozens of trade unions and major employers. Kiki Bergman experienced no problems whatsoever when finding a new job. She is currently working part-time.

According to Swedish Radio, there is a shortage of trained personnel in a number of professions such as human services which find themselves under immense pressure at the moment.

Peter Larsson, who heads the social policy department at the engineers' trade union (Sveriges Ingernjörer) speaks of a certain sobering-up when it comes to the evaluation of older people's skills.

"Experience is important; if you have overcome many obstacles in your work, yet kept the cynicism at bay, you are very productive," Peter Larsson said.

Sweden, like Europe in general, has an ageing population. The proportion of elderly people has doubled over the past century and is forecast to reach a quarter of the population by 2050. While Swedes continue to have small families, life expectancy is climbing. According to present-day estimates by Sweden's Public Health Authority (Folkhälsomyndigheten), it is expected to reach 87 for women and 85 for men.