It is still unclear whether Greek authorities will be able to deport migrants without using force, according to Thanos Dokos, Director General of the Hellenic Foundation for European and Foreign Policy.

© AFP 2019 / Louisa Gouliamaki
Concerns Over EU-Turkey Refugee Deal as Greek Islands Bear Brunt of Changes
In an interview with Sputnik, Thanos Dokos, Director General of the Hellenic Foundation for European and Foreign Policy, said that Greece could get physical in its attempts to deport the so-called "irregular migrants"- those who did not meet the requisite criteria for asylum status.

The interview came after the controversial deal brokered between the EU and Turkey to return "irregular migrants" from Greece to Turkey came into force on April 4.

"It remains to be seen whether local authorities will be able to relocate migrant without resorting to the use of force," Dokos said.

He remained pessimistic about the implementation of the deal, warning that the country might backslide on human rights as far as refugees are concerned.

"It's quite unclear how fast the process will continue. The whole agreement is problematic and imperfect, but the main thing now is to try to limit any violation of migrants' rights," he pointed out.

Earlier in March, Brussels and Ankara worked out and agreed on a deal under which Turkey pledged to take back all undocumented migrants that had arrived in the European Union in exchange for Syrian refugees on a one-for-one basis. 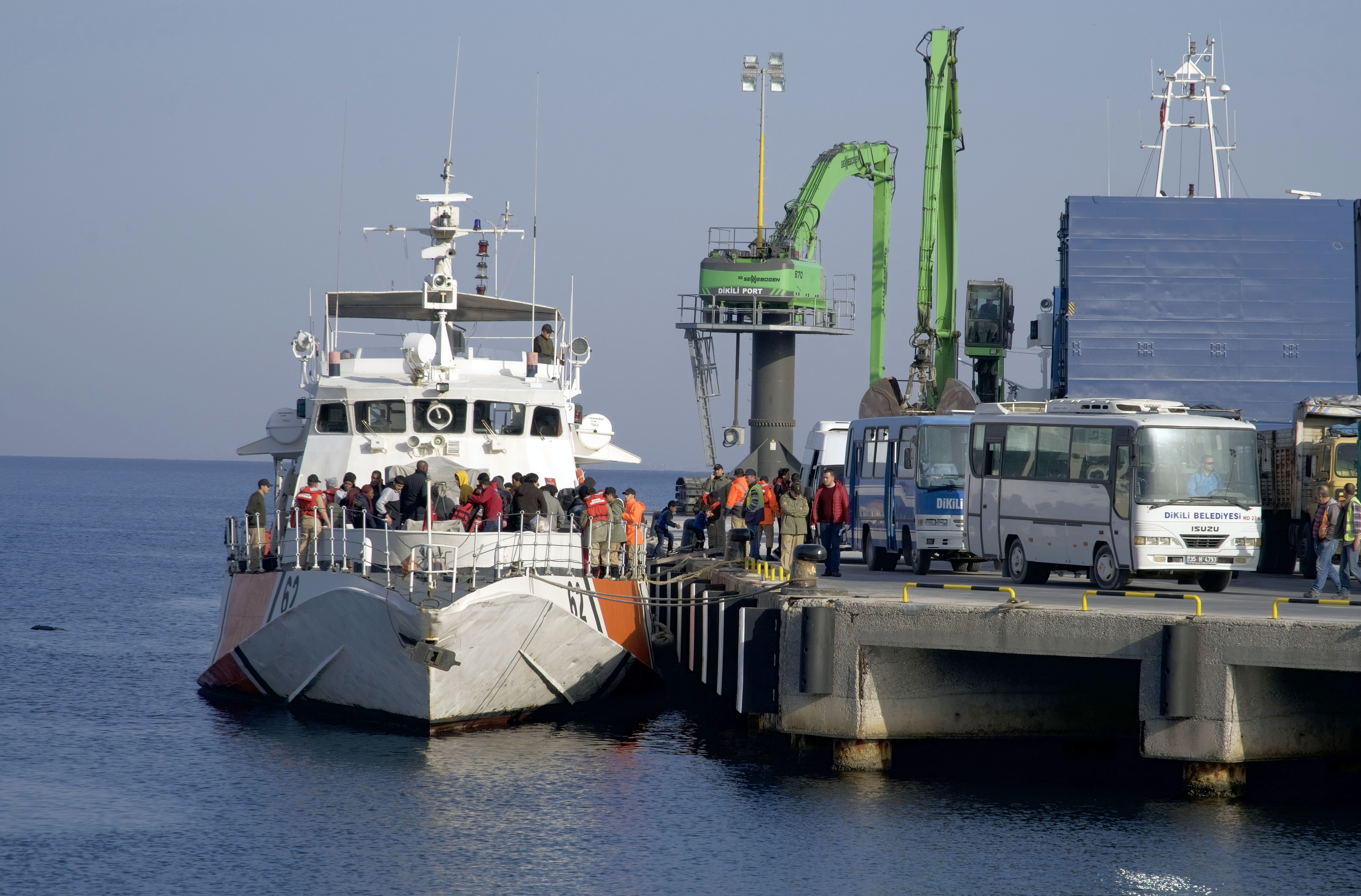 © AP Photo / Mehmet Guzel
(File) Migrants disembark after they were apprehended by the Turkish coast guard on the Aegean Sea between Turkey and Greece, in Dikili port, Turkey, Wednesday, April 6, 2016

In return, the European Union pledged to provide a total of 3 billion euros (over 3.3 billion dollars) to Turkey for dealing with refugees, accelerate Turkey's EU accession process and introduce a visa-free regime between Turkey and Europe.

The deal between Brussels and Ankara was quickly condemned by human rights organizations as 'immoral' and potentially illegal, with critics saying that Turkey does not have the resources or capability to care for migrants properly and that many are in danger of ending up back in war-torn Syria.

© REUTERS / Giorgos Moutafis
Ok, Merkel? Turkish Town Mayor Shocked Over Refugee Camp as EU-Turkey Deal Comes Into Force
Still others questioned the fiscal responsibility of the expensive arrangement and the wisdom of paving the way for Turkey's EU ascension amid repeated condemnations of Ankara with respect to its draconian new restrictions on freedom of speech and its treatment of the country's minority Kurdish population.

Europe has been beset by a massive refugee crisis, with hundreds of thousands of undocumented migrants fleeing their home countries in the Middle East and North Africa to escape violence and poverty. The majority of them arrive via Turkey, which is currently home to over two million refugees, mostly from Syria.