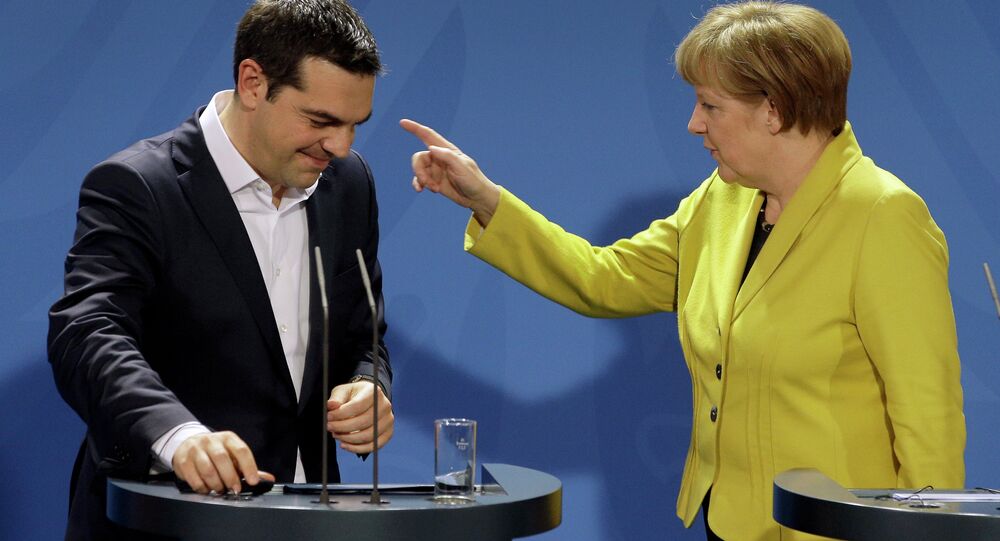 German Chancellor Angela Merkel has, once more, intervened in the Greece bailout crisis by refusing to back a 'haircut' for Greece - debt relief, or the writing-off of part of its debts - despite Germany being given a generous haircut in the years after World War II.

Merkel has taken a tough line against Athens in the third Greek bailout negotiations, backing the EU line which is demanding significant welfare and tax reforms of the Greek Government, which are causing deep social unrest in the Mediterranean nation.

The International Monetary Fund (IMF) — which is part of the 'Troika' (composed of the IMF, European Commission and the European Central Bank) which negotiated the bailout with Athens — has said it would not back the third bailout, unless Greece was granted debt relief. Otherwise, it argued, the terms of the bailout were "unsustainable."

The bailout negotiations continue, with Greece being given tranches of money over time, in return for reforms of its tax, welfare and public spending policies. Merkel is keen to continue to press for more reforms in return for more money, while the IMF says the terms are unattainable and that Greece should be allowed a haircut to make its reforms more achievable and stabilize its economy.

"It is not a demand of the German government to have no haircut but rather in our opinion this is legally not possible in the Eurozone. The German position is that the IMF takes part in an agreement… We want a quick conclusion of these talks."

Greek Prime Minister is still holding out for debt relief to be included in the bailout package and has previously reminded Germany of its hypocrisy in not allowing Greece to take a haircut.

Tsipras is arguing that Greece should be given debt relief — effectively writing off part of what it owes its creditors — and allowed to repay the remainder over a period of many years, in the same way Germany was allowed to after World War II. He pointed out the irony of the situation, with Germany today pushing for more austerity measures and refusing to consider debt relief for the beleaguered Greeks.

The London Agreement on German External Debts was a debt relief treaty between the Federal Republic of Germany and creditor nations, signed in 1953. At the time, Germany had a broken economy and still owed its foreign creditors money from after World War I, under the Treaty of Versailles.

Since this package allowed Germany to repay its debts only when it was in trade surplus, it meant it had no payments to make until its economy grew and it was able to make the repayments. Thus it was also incentivized Germany to boost its own economy and its creditor to import German goods. The Germany economy grew strongly under these terms over the coming decades. It made its final repayments in 1990 and 2010.

The fact that Merkel — in direct talks with Lagarde and outside a meeting of the Troika negotiators — has continued to take a tough line over a Greek haircut will increase accusations that she is bullying the Greeks, who are suffering severe austerity measures, and is demonstrating huge hypocrisy over the issue.