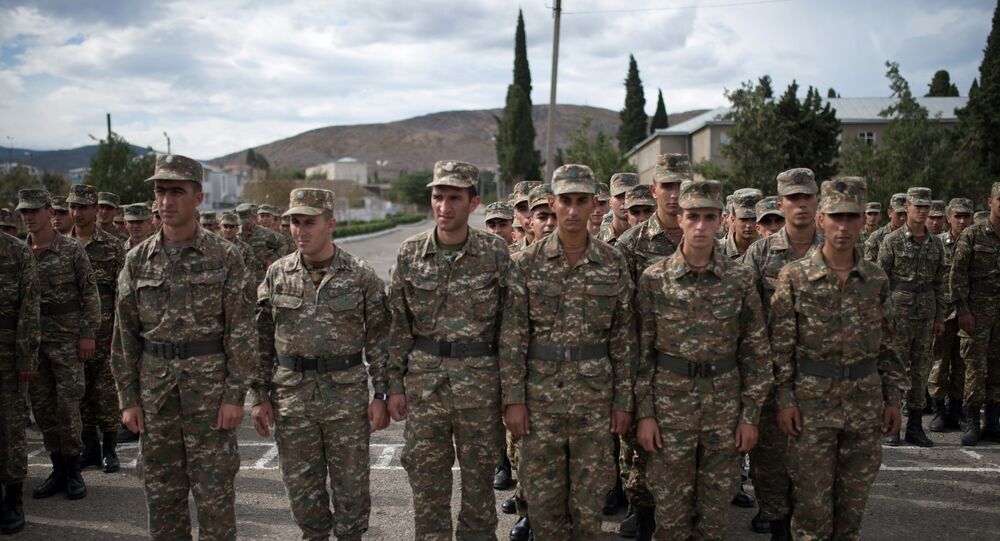 Armenians and Azerbaijanis both ceased fire Tuesday at noon on the frontline in the disputed Nagorno-Karabakh region, a spokesman for the government of the self-declared republic said.

YEREVAN (Sputnik) — A bilateral agreement on a ceasefire is being prepared at the meeting of the OSCE Minsk Group on Nagorno-Karabakh in Vienna.

"Since 12PM, the fire on the frontline of Karabakh and Azerbaijan has been stopped from the both sides," Artak Beglaryan tweeted.

Hostilities in the mountainous Caucasus region have allegedly killed dozens of Armenians and Azeris since the frozen conflict flared up again on April 2.

Nagorno-Karabakh lies within Azerbaijan but is controlled by ethnic Armenians. It was at the heart of an Azeri-Armenian war in the early 1990s that ended in a Russia-mediated ceasefire in 1994.