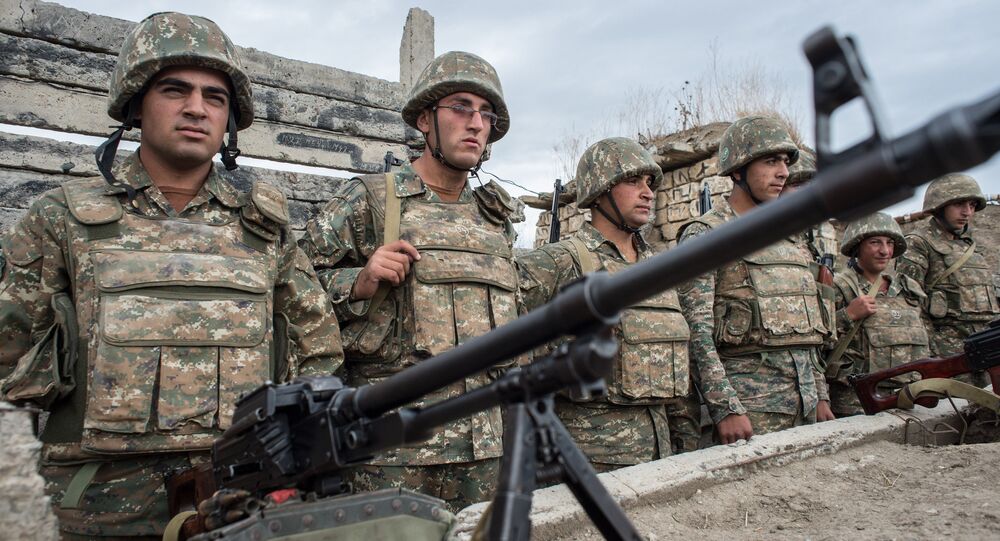 Azerbaijani Defense Ministry refuted the statement of the Nagorno-Karabakh Republic that active military operations continue at the north and south-east of the region. The corresponding statement was made by head of Azerbaijani Ministry press-service Vagif Dyargahly.

© Sputnik / Илья Питалев
Intense Fighting Continues in Nagorno-Karabakh South-East, North
Earlier the representative of the administration of the Nagorno-Karabakh Republic told Sputnik Armenia that active operations take place in the south-east and north-Karabakh, despite the earlier statement made by the Ministry of Defence of Azerbaijan on the termination of a shootout in the conflict zone.

"The situation is stable and under control of the Azerbaijani armed forces. There is no fighting at the moment," Dyargahly stated.

A new spate of violence broke out in the disputed region on Saturday as the sides traded accusations over violations of the ceasefire that has been in place since May 1994. Both Azerbaijan and Armenia reported casualties in the flare-up.

Nagorno-Karabakh is a disputed region in the South Caucasus, which is formally part of Azerbaijan, but largely populated by Armenians. The territory acts as a self-administrating province, but is not recognized as a country by the international community.
The conflict in Nagorno-Karabakh began in 1988, when the Armenian-dominated autonomous region sought to secede from the Azerbaijan Soviet Socialist Republic, before proclaiming independence after the Soviet Union's collapse in 1991. The conflict escalated further in September 2015, with the sides blaming one another for violating the truce.

Hollande: Only Negotiations May Help to Settle Nagorno-Karabakh Conflict