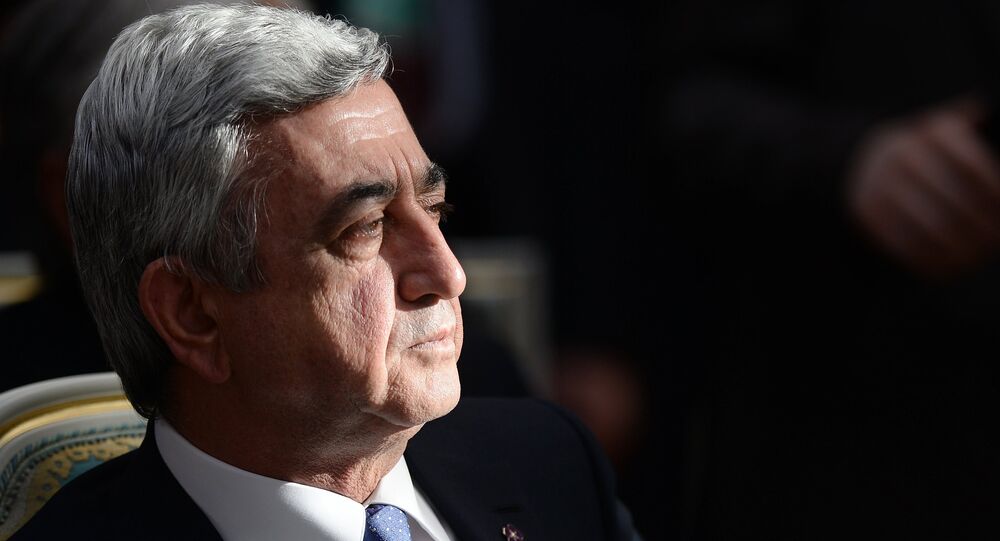 According to the Armenian president, 18 Armenian service members died and 35 were injured in clashes with Azerbaijan over the disputed Nagorno-Karabakh region.

"According to the current information, clashes with Azerbaijan’s armed forces killed 18 Armenian military personnel and wounded 35," Sargsyan said at a meeting of the National Security Council.

He described the ongoing spate of violence as the largest conflict in the area since a ceasefire was put in place in Nagorno-Karabakh in 1994, and blamed hostilities on Azerbaijan.

© Sputnik / Iliya Pitalev
What's Behind Nagorno-Karabakh Row Between Armenia and Azerbaijan
"Thanks to timely action by Armenian armed forces we were able not only to take the situation under control but also to deal considerable damage to the enemy," the president continued.

Azerbaijan’s president said earlier that 12 Azerbaijani service members had been killed in the ongoing hostilities.

Tensions between neighboring Armenia and Azerbaijan over the Armenian-held area flared after both nations accused each other of starting the fighting overnight in violation of the 1994 ceasefire.