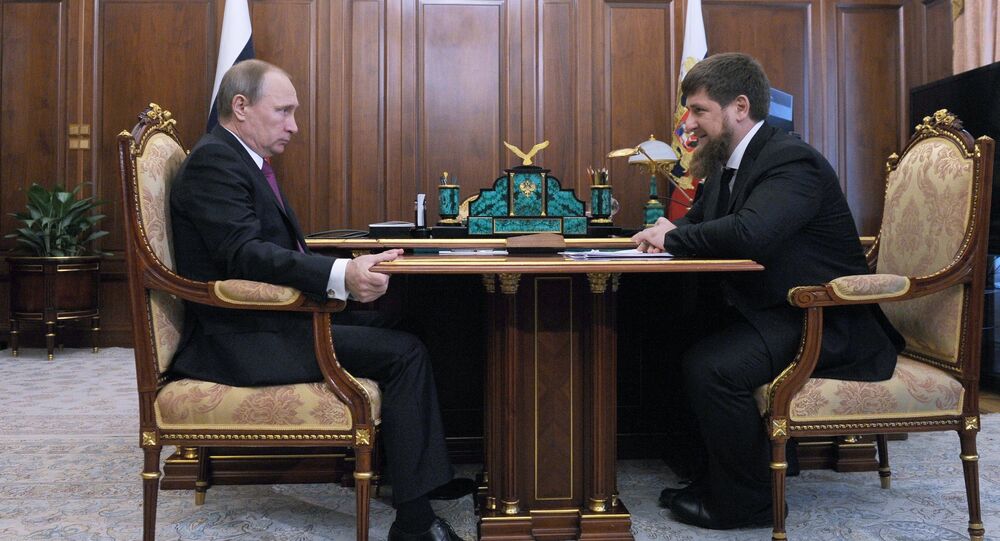 Chechen acting leader Ramzan Kadyrov said that the actions of the West towards Russia in recent years were far from productive.

© Sputnik / Michael Klimentyev
Kadyrov Undecided in Run for Leader of Chechnya
GROZNY (Sputnik) — Chechen acting leader Ramzan Kadyrov said in an interview with Sputnik he believed the European Union would lift most of the sanctions against Russia within a few months.

Kadyrov has been the head of the Chechen Republic since 2007. On March 25, Russian President Vladimir Putin said Kadyrov would assume the title of "acting leader" once his current term expires on April 5 until after the results of the upcoming elections in September.

"[It's] necessary to focus more on the situation. I am sure that, in a few months, they [the European Union] will settle everything there, everything [for us] will be all right… If not all, then the most important sanctions will be canceled," Kadyrov said.

© Sputnik / Said Tsarnaev
Chechen Leader Kadyrov Calls on Muslim Leaders to Unite Against ISIL
Kadyrov added that the actions of the West in recent years have been far from productive.

"In Syria, they cannot do anything, no matter what coalition they created, whatever policy applied — UN or NATO. They did whatever they wanted. They have destroyed the republic. They destroyed Libya [and then] left. Egypt — well, it is great that they weren't able to destroy it completely, but they were destructive. They destroyed Iraq. Afghanistan is still being destroyed… they have no vision of even what to do," Kadyrov said.

In 2014, the European Union and the United States sanctioned Russia's defense, energy and banking sectors following Crimea’s reunification with Russia and accused Moscow of fueling the armed conflict in eastern Ukraine. Russia has repeatedly refuted these allegations.

The Chechen Republic is a Russian federal subject located in the North Caucasus.

Kadyrov Undecided in Run for Leader of Chechnya