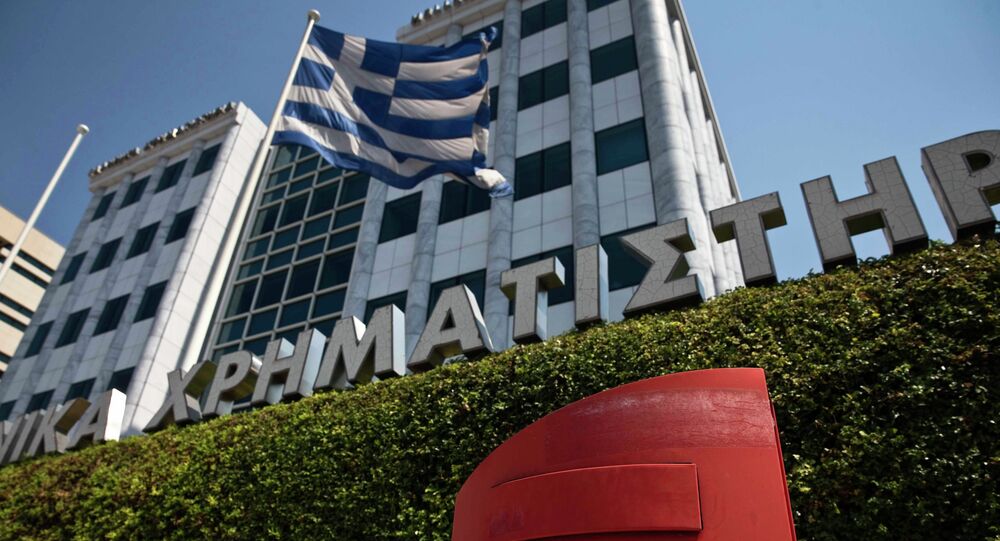 The Greek Government`s coalition of parties is concerned whether the loans provided to political parties are legitimate.

ATHENS (Sputnik) — The coalition of Greece's left-wing Syriza party and the conservative Independent Greeks (ANEL) introduced in the country's parliament a proposal to create a commission to investigate the legality of loans provided by banking institutions to political parties and media companies.

© AFP 2021 / ANGELOS TZORTZINIS
Greek Government Rules Out Snap Elections Demanded by Opposition
According to the proposal published by the coalition, it calls for a thorough investigation of credit agreements enclosed between banks and political parties or the media, especially television channels. The coalition proposes to examine the content of credit agreements, as well as the amount, timing and purposes of new loans or refinancing of old ones.

The coalition claims that the debts of the opposition New Democracy party stand at 210 million euros (some $238 million), including 197 million euros of debts on credits against future state funding. The center-left PASOK party has received loans in amount of 111 million euros as of 2013.

New Democracy has backed the initiative and claimed it would support the move to create such commission.

© REUTERS / Alkis Konstantinidis
Greek Prime Minister Concerned With Turkey’s Airspace Violations
The Greek economy has been severely strained for several years, because of the country’s multibillion debt accumulated after the 2008 global economic crisis.

Greece received about $270 billion from its main lenders, which include the International Monetary Fund, the European Central Bank and eurozone countries, under two bailout programs, the last of which expired on June 30, 2015.