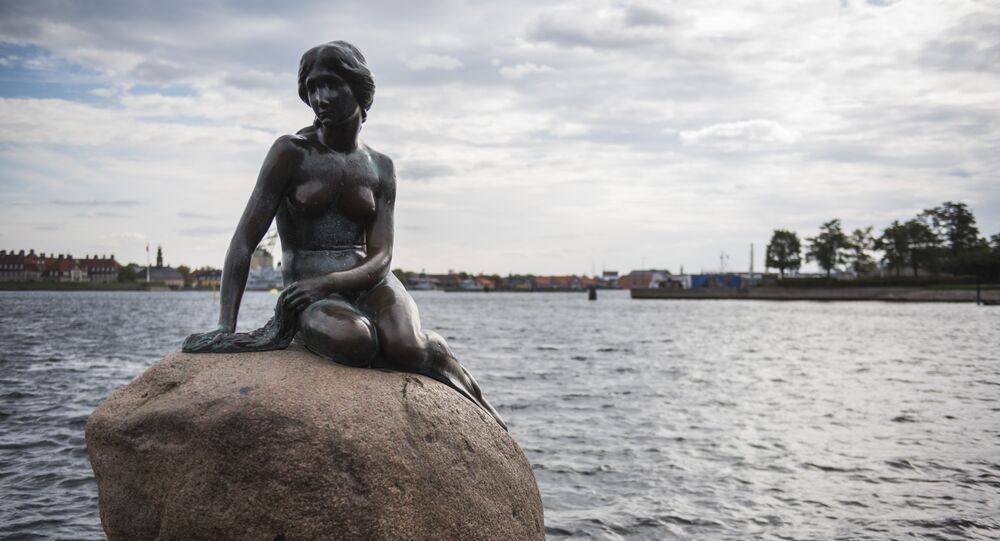 Copenhagen's 'City of Tomorrow' Plagued by Problems of Today

Sustainable solutions for a futuristic prototype city are going to be tested and implemented in the district of Nordhavn in the Danish capital of Copenhagen, which is currently Scandinavia's second largest metropolitan area with a population of 1.9 million inhabitants.

© Sputnik / Igor Zarembo
Finland Looking Forward to New Jobs Due to Nord Stream 2
The development plan envisages a city without cars, but with plants on rooftops, energy is generated from renewable sources and environmental initiatives are at the forefront. It may sound like a green utopia, but this is the scenario currently being implemented in the Copenhagen district of Nordhavn, where a "sustainable future city" is being built.

This vision goes hand in hand with the government's ambition to make Denmark independent of fossil fuels by 2050, as well as the city of Copenhagen's desire to pioneer fossil fuel independence by 2025.

Jens Kramer Mikkelsen, managing director of By & Havn, the company behind the urban development of Nordhavn, explains the idea behind the project in an interview with Berlingske.

"In the future, there will be an emphasis on sustainability and infrastructure. Therefore there is good reason to adapt the current urban development to the requirements expected to come into force in 20-30 years from now. Investors would also gladly accept a long-term development," he says.

The general principle for the future development of Nordhavn is that residents should be able to make it to the nearest supermarket in less than five minutes, which makes the bicycle and the metro the preferred means of transportation in order to ease the traffic. Another major improvement is that garbage won't be picked up by a collector truck, but instead dumped into a shaft from every apartment and then sucked through pipes to the nearest landfill.

Importantly, By & Havn has also been focusing on the sustainability of the district's energy supply. Currently, the company promotes energy saving by employing low-temperature heating, set to 70 degrees instead of the normal 90 degrees. Furthermore, By & Havn is working on advanced energy solutions, such as intelligent heating control, in cooperation with the Technical University of Denmark (DTU). The ultimate goal is to make way for renewable energy sources and save fossil fuels.

"It is all about good intentions," says Jesper Ole Jensen, senior researcher at the Danish Building Research Institute (SBI). He points out, however, that there is a tendency to develop fantastic solutions that show what is technically possible rather than what is actually required.

"More often than not, new energy solutions such as self-sufficiency are seen in certain districts and are never introduced on a large-scale to the rest of Denmark. It's fine to test some innovations, but you have to take a number of other considerations into account if you want to introduce pioneering solutions to an entire city or province," he said.

Henrik Madsen, professor at the Technical University of Denmark and head of the CITIES project, believes, however, that the fossil-fueled cities should be long gone and argues that it is only is a matter of creative thinking.

"We have already tested a variety of solutions across Denmark, and it is actually not that difficult for cities to become fossil-fuel-free," he said.

According to him, the major obstacle en route to energy self-sufficiency is the current system of energy taxation. For instance, energy generated from straw, sawdust and biomass, is currently exempt from taxes, while wind electricity is still taxed heavily.