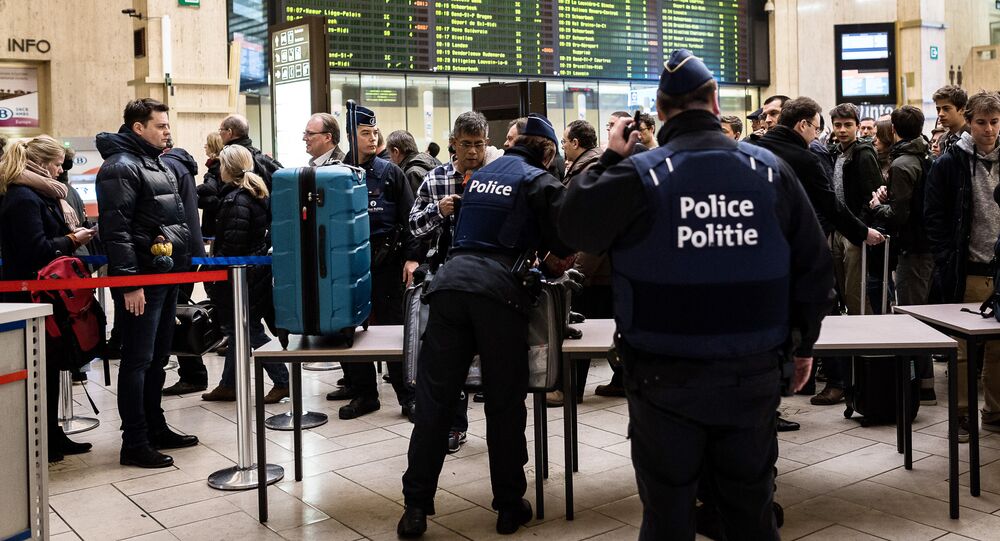 One of those suspected of being the Brussels assaults orginizer died last week.

MOSCOW (Sputnik) — One of the people suspected of planning the Brussels attacks, who was shot dead in a police raid last week, had previously lived in Stockholm, Swedish media reported.

On March 15, special forces in Brussels killed Algerian national Mohammed Belkaid during an anti-terrorist raid, which was linked to the investigation into the deadly November Paris attacks. The suspect was shot as he was trying to fire at police.

© AFP 2020 / PHILIPPE HUGUEN
Najim Laachraoui Identified as Second Suicide Bomber in Brussels Airport
According to the Dagens Nyheter newspaper, 35-year-old Belkaid, whose flat in Brussels was raided by police just days before the deadly attacks hit the Belgian capital, had been registered in Sweden since 2010 and was married to a Swedish national.

Evidence found by police shows that Belkaid had links to terrorists allegedly involved in both Paris and Brussels attacks, according to the media.

On Tuesday, two suicide attacks took place at the Brussels Airport departure hall in the northeastern municipality of Zaventem and another explosion inside a subway carriage at the Maelbeek station near EU institutions. At least 31 people were killed and 300 were injured in the attacks.

Belgian Interior Minister Jan Jambon said Thursday that a third man, seen in surveillance images together with the two brothers, was believed to still be at large. Some media reports have suggested that the third man in surveillance images could be Najim Laachraoui, a suspect in the deadly Paris attacks, which claimed the lives of 130 people and injured some 350 in November 2015.