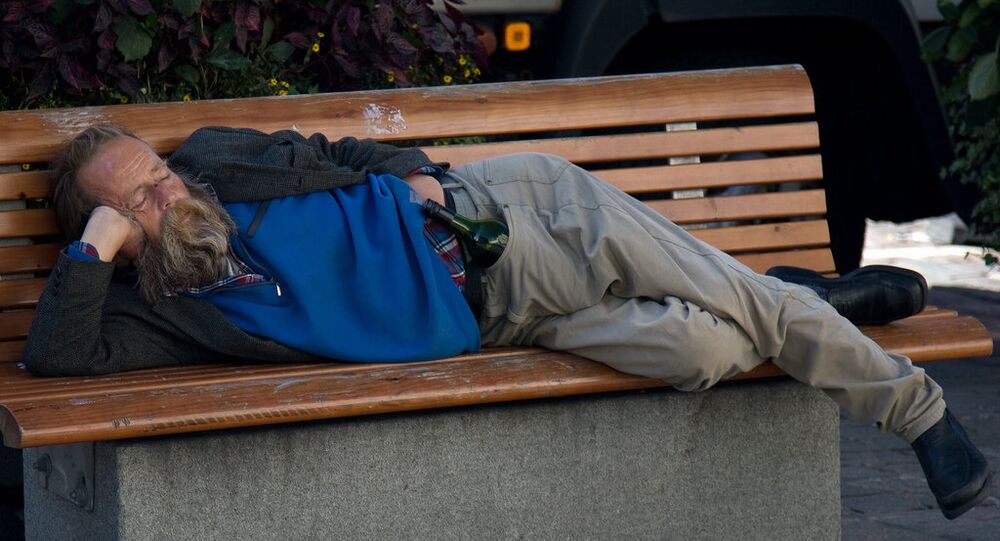 The right wing populist True Finns party's motion on container homes is being touted as a key remedy for the acute housing shortage in the Finnish capital.

© AFP 2020 / Christof Stache
Finland Delighted That Asylum Seekers Have 'At Least' Basic Education
There are enough suitable plots for container homes in the capital region, says the local branch of the right wing populist True Finns (Perussuomalaiset) party in Helsinki, which is attempting to solve the city's growing problem of homelessness. According to a motion by the True Finns council group, container homes should be built on barges and placed in the city's various ports, reports Finland's national broadcaster Yle.

The True Finns' motion on container homes in Helsinki was supported by all parties except the liberal Swedish People's Party of Finland (SFP). The proposed rent is expected to reach 250-300 euros, depending on the location, maintenance and wear.

According to the motion, production cost for containerized accommodations offering 14.3 cubic meters is estimated to total between 30,000 and 40,000 euros, depending on the level on convenience.

© Flickr / Vincent Albanese
Dealing With Beggars: UK Cops Arrest Homeless as Last Resort
Helsinki city officials, who had previously hardly even dared even to mention container housing, have been warming up to the idea as a flexible solution to the housing crisis, aggravated by the influx of refugees from the third world. Helsinki has so far taken in roughly half of the asylum seekers in Finland.

Markku Leijo of the Helsinki City Housing Department touched on the idea for the first time in an interview with Helsingin Sanomat last October, admitting that "container villages" were a possible solution to the housing problem.

According to a survey conducted by the ARA, the Housing Finance and Development Center of Finland, there are over 7,000 homeless people in the country. The largest concentration is in the capital region. Additionally, according to Finland's Migration Board, a total of 32,476 refugees, mostly from the Middle East and Northern Africa, were taken in last year.