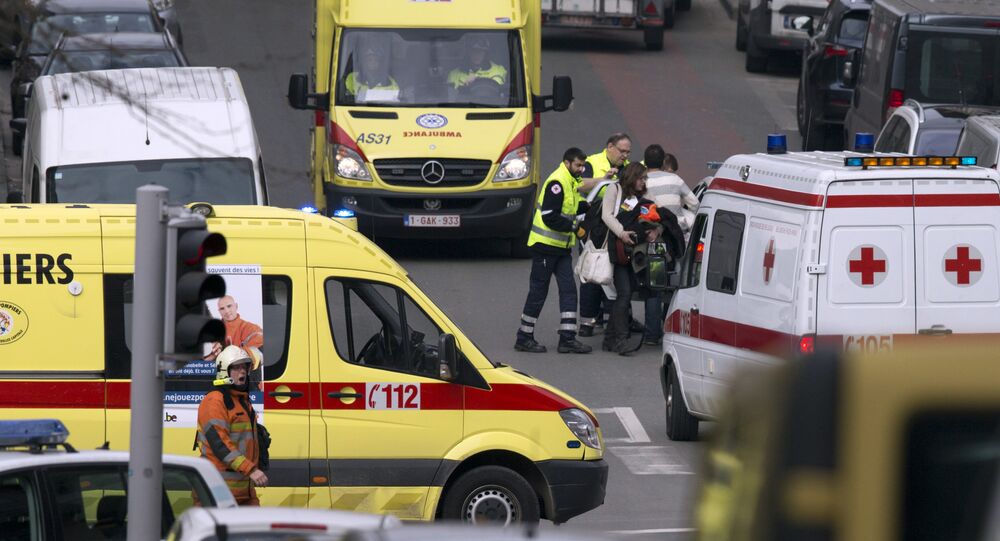 "Yesterday we admitted eight people. One of them died yesterday. Two of the patients have already gone home and the other patients are still in the intensive care unit," the University Hospital of Brussels communications officer said.

Clinique Saint Jean’s head of the communication desk, Florence Seyf, said their patients had been transferred to specialized hospitals that treat burns of children.

"I know that some that were admitted to the medium care have been transferred to special units in our hospital. All the others left the hospital because they had minor wounds," Seyf added.

A three-day mourning period has been announced as Belgium is effectively in lockdown mode and life in the country is at a virtual standstill following the attacks.

People From Over 40 Nationalities Injured or Killed in Brussels Attacks