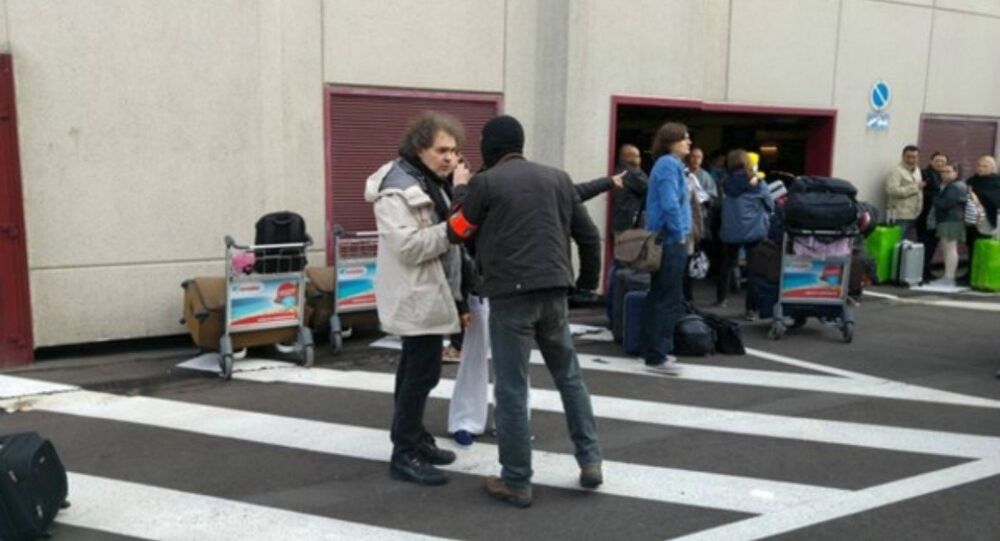 One of the two bombs that exploded in Brussels airport might’ve been hidden in luggage, according to eyewitness reports.

One of the Zaventem airport workers who helped retrieve the bodies of the terrorist attack victims said that the legs of some of the deceased were shattered, almost as if one of the explosive devices was hidden in a piece of luggage.

"I helped carry out five dead, with their legs destroyed, as if the bomb came from a piece of luggage," Alphonse Youla, a luggage security employee working at Zaventem airport, told Reuters.

© AFP 2020
Over 150 Injured in Brussels Terror Attacks: 73 in Metro Blast, 81 at Airport
He also added that prior to the first explosion he heard a man screaming something in Arabic.

Furthermore, local public service broadcaster VRT reported that many of those wounded during the attack at the airport sustained leg injuries, suggesting that the bomb could’ve been hidden in a bag positioned on the floor.

A series of blasts hit the Belgian capital earlier in the day, including two explosions in the Brussels Zaventem airport that left 13 people dead and at least 81 injured.

The explosions at the Brussels airport prompted the authorities to shut it down, with flights being rerouted to other Belgian cities which also stepped up security after the attacks.