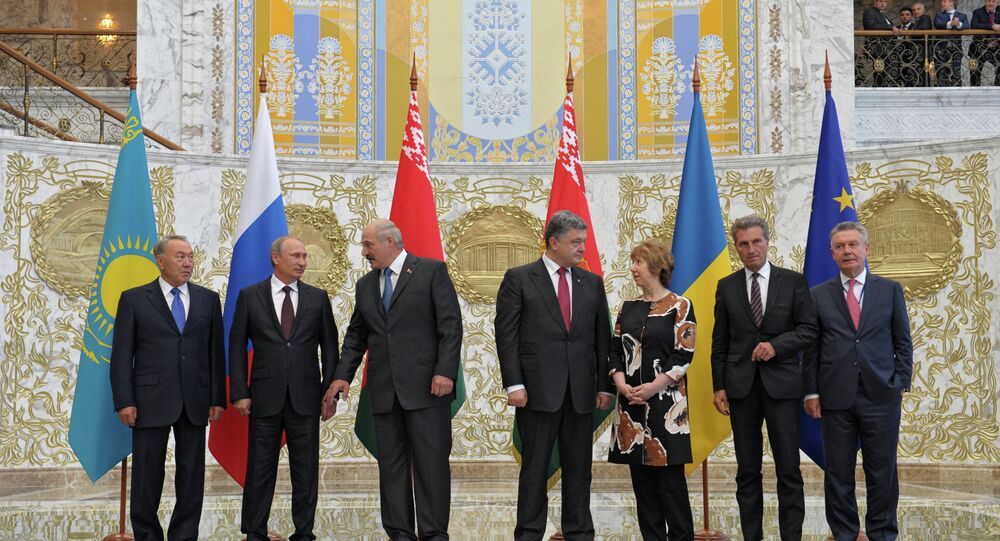 Minsk Preparing to Host Meeting of Contact Group on Ukraine

Minsk is preparing to host upcoming talks of the Trilateral Contact Group on Ukraine.

The meeting is to take place on March 23, according to earlier statements by the press service of the self-proclaimed Donetsk People's Republic’s (DPR) envoy to the negotiations Denis Pushilin.

"The Ministry of Foreign Affairs of the Republic of Belarus is preparing a trilateral meeting of the contact group and its thematic subgroups," Mironchik told RIA Novosti.

In February 2015, Russia, Germany, France and Ukraine worked out a ceasefire deal in Minsk, later signed by Kiev and the East Ukrainian militia. Despite the fact that the agreement was reached a year ago, there have been repeated reports of violations of the deal.

In April 2014, Kiev launched a military operation against militias in eastern Ukraine, seeking independence from the central government.

Why Ukraine Should Embrace the Minsk Accords