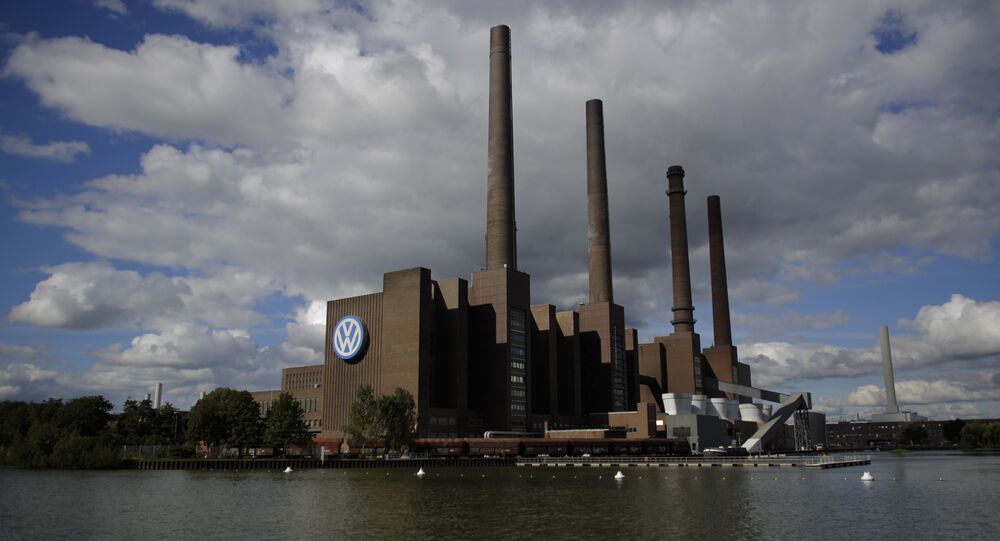 Michael Harms, Chairman of the Russian- German Chamber of Commerce, told German press agency dpa that the current frosty relationship between the Russian and German economies is being referred to in Germany as "hibernation," but that both economies need to redouble their efforts to find new sources of growth.

The total value of trade between the two countries decreased from almost 53 billion euros ($60 billion) in 2014 to 41 billion euros in 2015, including an 18 billion euro decrease in German exports to Russia.

"Which common areas for future growth do we have, regardless of sanctions? I would also like the discussion to focus on that," Harms declared.

© Flickr / David Levitz
German Business Hungry to Return to Russian Market Despite Sanctions
Harms, whose Chamber of Commerce represents around 800 companies in Germany and Russia, called for a gradual end to the economic sanctions imposed by the EU, and the Russian counter-ban on imports from the EU.

The US, EU, and some other countries including Albania, Canada and Norway imposed sanctions against some Russian individuals and companies after Crimea became a part of the Russian Federation following a referendum on March 16 2014 in which 96 percent of the peninsula's residents voted to join Russia.

"We can forget for the medium term about the high rates of growth that we had," advised Harms, who also took the opportunity to endorse recommendations made by former Russian Finance Minister Aleksey Kudrin, who has called for greater privatization of Russia's economy in order to stimulate economic growth.