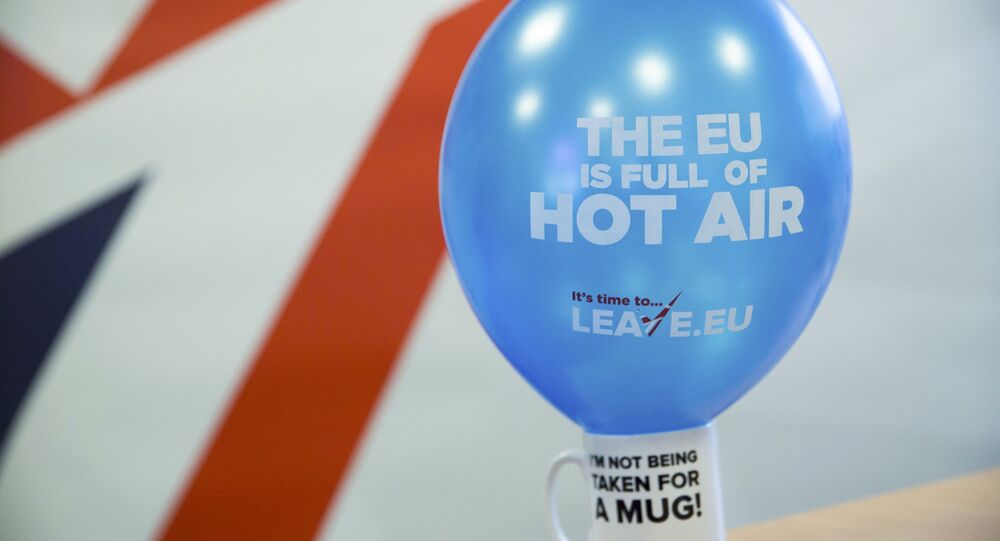 MOSCOW (Sputnik) – The United Kingdom’s exit from the European Union would cost the British economy a pound equivalent of $145 billion in the next four years, a business study revealed.

© AFP 2021 / Carl Court
Britons Consider Immigration, Health, Brexit Among Most Important Issues
A so-called Brexit referendum to determine Britain’s fate inside the 28-member bloc is scheduled to take place on June 23, after Prime Minister David Cameron secured a deal with his European colleagues in February to grant Britain special status.

A potential Brexit would constitute a loss of 5 percent of GDP per year until 2020, a PwC (former — PriceWaterhouseCoopers) study commissioned by the Confederation of British Industry (CBI) revealed late Sunday.

"Even in the best case this would cause a serious shock to the UK economy," CBI Director-General, Carolyn Fairbairn said in the press release.

© AFP 2021 / Saul Loeb
UK Prime Minister David Cameron Not to Resign in Case of Brexit
An additional 950,000 people risk losing their jobs should voters opt to leave the European Union, with unemployment figures forecast at 2-3 percent in 2020.

UK Chancellor of the Exchequer George Osborne presented a budget last week warning that a Brexit "could usher in an extended period of uncertainty." His 2016 GDP growth estimate at 2 percent was "predicated" on Britain staying within the European Union.