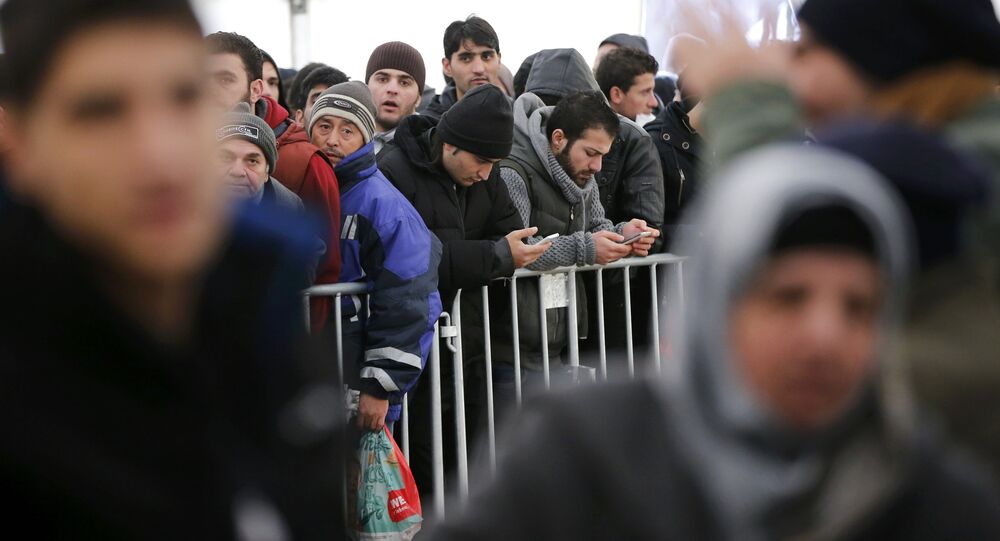 Russian Germans or Germans from Russia (Russlanddeutsche) are ethnic Germans who were living along the River Volga in southeastern parts Russia around Saratov and to the south. In the late 1980s and 1990s, the majority of them moved from the Soviet Union back to Germany.

In the context of the current migration crisis, many of them started fearing refugees and voting for the right-wing party Alternative for Germany (AfD), who promised to toughen controls over migrants, the newspaper noted.

"I do not understand why they let so many refugees in," a man named Victor, an ethnic German whose family earlier resided in Russia, told the newspaper.

© AP Photo / Ernst van Norde
We Don't Want More Refugees, Warns Danish Ambassador to Germany
According to Victor, who is currently living in the German town of Lahr, the current situation in Germany is "chaotic" and that is why he voted for the party Alternative for Germany in the regional elections.

There are currently about one thousand refugees in Lahr, but Victor believes "there will be more." Victor has pinned his hopes on AfD and believes that the party would help to find solution to the current crisis.

Many other residents of the south-western parts of Germany have followed his example, with AfD making decisive gains in the recent regional elections and winning 12.5 percent in the state of Rhineland-Palatinate, 15 percent in Baden-Württemberg, and 24 percent in Saxony-Anhalt.

The CDU party of German Angela Merkel, on the contrary, lost support in three regional elections this week, raising concerns about its chances in the federal elections 2017.