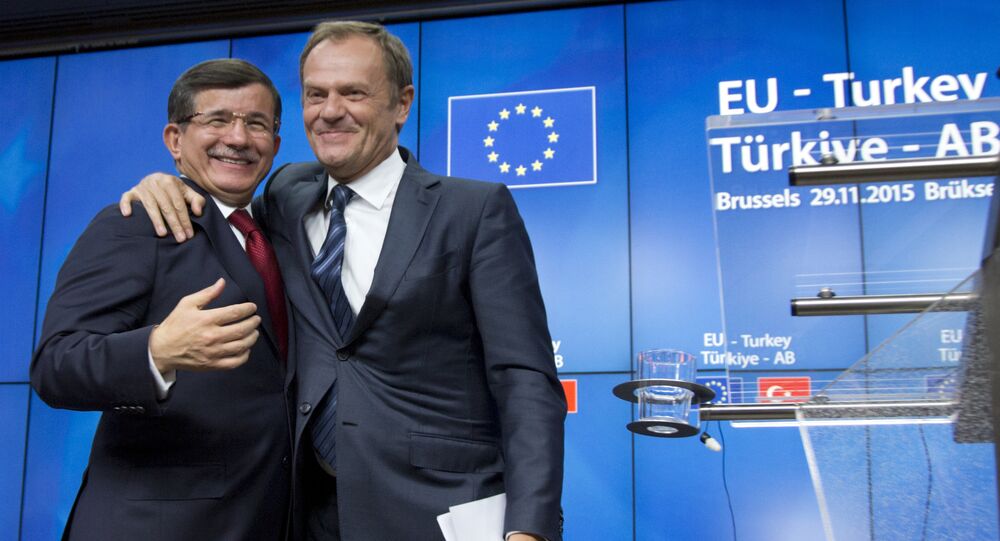 A group of Swedish lawyers challenged the legality of the Turkey-EU migration deal, aimed at curbing migrant flows to the European countries, media reported on Sunday.

MOSCOW (Sputnik) — EU leaders reached the agreement on the action plan with Ankara on Friday. The European Union pledged to provide 3 billion euros (over $3.3 billion) to Turkey to help it deal with the undocumented migrants, with the provision of an additional 3 billion-euro allocation among other possible measures.

"Asylum seekers have a fundamental right to have their individual asylum claims reviewed in a safe country. Under this agreement there is a genuine risk that people will be denied the right to an individual assessment because it treats all refugees under a mass agreement," Louise Gunven, lawyer and board member of Lawyers Without Borders said, as quoted by The Local news outlet.

© Flickr / Christopher Neugebauer
Hospitality U-Turn: Sweden Offers Summer Hiatus for Asylum Seekers
Asylum law does not allow to return to an unsafe country, where people risk being treated inhuman, and according to Gunven, "our extensive experience of Turkey is that people risk being exposed to such treatment. Considerable failings exist in the Turkish legal system, as well as the risk of not getting a fair trial."

The EU-Turkey agreement, which is taking effect on Sunday, envisages, in particular, Turkey taking back all undocumented migrants who enter Greece from Turkey and sends in return approved Syrian refugees on a one-for-one principle.