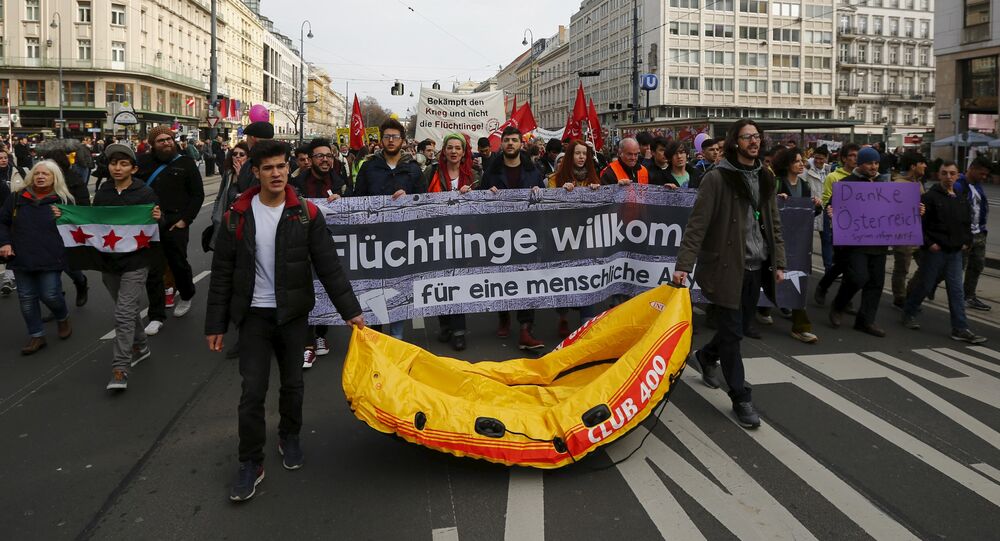 The demonstration, numbering several thousand participants, against the policy of restricting refugee flows and the Turkey-EU agreement was held in Vienna on Saturday, local media reported.

© REUTERS / Andrea Comas
Thousands Rally in Spain Against EU-Turkey Refugee Deal Ahead of EU Summit
VIENNA (Sputnik) — According to police estimates, about 2,500 people participated in the rally.

The protesters expressed their disagreement with the authorities' migration policy, limiting the number of asylum seekers in the country to 37,500 people for 2016, as well as with the Turkey-EU deal, struck on Friday, that will see all migrants arriving illegally from Turkey to Greece starting from March 20 returned back. In exchange, the EU will resettle thousands of Syrian refugees directly from Turkey.

According to the Austrian Press Agency, the demonstrators proclaiming the slogan "welcome refugees" brought inflatable boats, symbolizing drowned migrants in the Mediterranean Sea.

The EU-Turkey agreement is due to take effect on Sunday. As part of the deal, the European Union pledged to speed up the allocation of 3 billion euros to Turkey to help it deal with the undocumented migrants. An additional 3 billion euro in assistance to Ankara can be given by 2018.