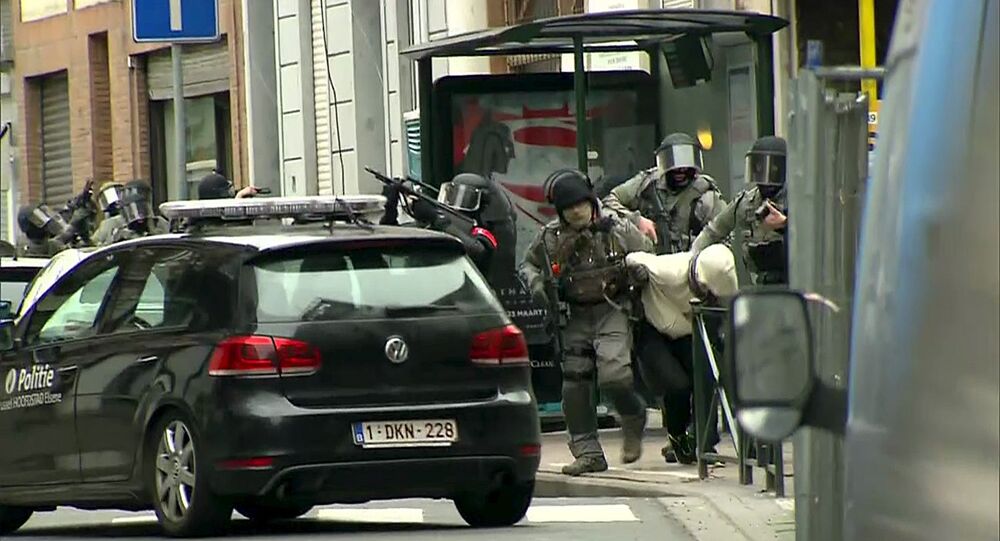 © AFP 2021 / EMMANUEL DUNAND
Paris Attacks: Fingerprints of Fugitive Salah Abdeslam Found in Raided Belgian Apartment
PARIS (Sputnik) — Abdeslam was arrested on March 18 during a raid by Belgian police in the Brussels district of Molenbeek, after a four-month manhunt.

"Currently, detained [in Belgium] Salah Abdeslam must be held accountable for his actions… The government will do everything to shed light on what happened in Paris," Cazeneuve said at the Defense Council meeting chaired by French President Francois Hollande.

Earlier in the day, Hollande said that Paris would ask for Abdeslam's quick extradition from Belgium to France as he is a French citizen.

On November 13, a series of terrorist attacks were staged across the French capital, leading to the death of at least 130 people and injuring over 350 others. One of the attacks occurred at the Stade de France stadium, where Hollande was watching a friendly match between France and Germany.