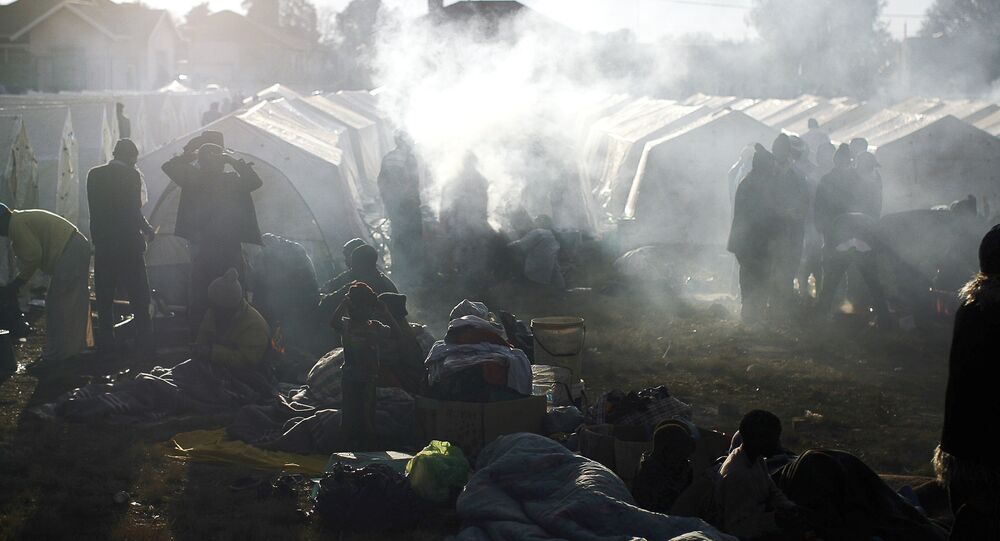 Matteo Salvini, leader of the anti-immigrant Northern League (Lega Nord), was angered by the outcome of Sunday's EU summit which anticipates giving 3 billion euros in aid for Syrian refugees in Turkey, while re-energizing Turkey's EU acceleration.

“Europe [of German Chancellor Angela] and [Italian Prime Minister Matteo] Renzi has bent under Turkish blackmail. With a threat to inundate us with migrants the Turks are taking home 3 billion euros and our promise to accept them into Europe. This is a suicidal decision, devoid of any common sense,” Matteo Salvini wrote on his Facebook page Friday.

He accused Europe of financing Turkey, which “is financing the Islamic State terrorist group.”

“I don’t want to see Turkey in Europe,” Salvini wrote.

© REUTERS / Olivier Hoslet
Concerns Remain Over EU-Turkey Deal on Refugees Amid Acrimony
The EU and Turkey have reached an agreement on limiting migration to Europe during the talks in Brussels on Friday, various officials said.

Earlier in March, Europe and Ankara agreed on a deal under which Turkey pledged to take back all undocumented migrants that had arrived to the European Union in exchange for Syrian refugees on a one-for-one basis.

In return, the European Union pledged to accelerate Turkey's EU accession process and introduce a visa-free regime between Turkey and Europe, as well as to provide a total of 3 billion euros to Turkey for dealing with the refugees.

Berlin Hinders Inquiry Into Controversial Deal With US Consulting Firm