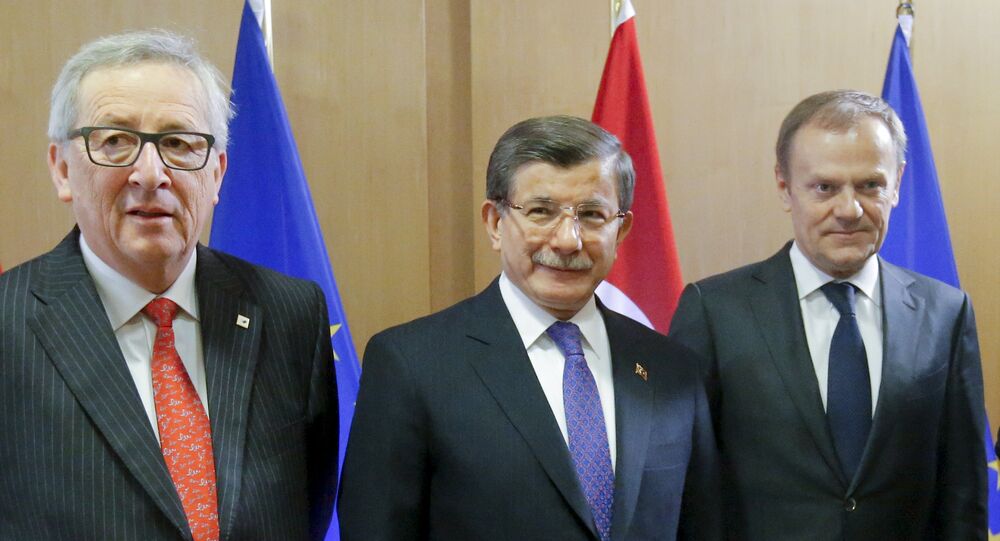 A controversial deal has been reached between the European Union and Turkey in an attempt to stop the influx of migrants reaching Europe.

President of the European Union Donald Tusk says the EU and Turkey have "unanimously" reached an agreement on the pact to return migrants in return for visa-free travel and progress on Turkey’s membership of the EU.

From Sunday, migrants who arrive in Greece will be subject to being sent back across the Aegean Sea to Turkey once their asylum claim has been processed. The one-for-one refugee swap will begin on 4 April, according to a senior Turkish official, with the simultaneous resettlement of Syrian refugees in Europe.

This agreement enters into force already this Sunday 20/03. Implementation to be phased in gradually; based on 1-for-1 principle. #EUCO

For each returned migrant, EU member states would accept one Syrian refugee from Turkey.

#Turkey says offer to curb #refugee flow to #EU is "humanitarian". As a humanitarian organization, we take offense! pic.twitter.com/zS74CM9PIM

​Turkey’s Prime Minister Ahmet Davutoglu had demanded that – as part of the deal – that the EU would grant visa-free access for 75 million Turkish citizens from June 2016 and speed up the country’s accession into the EU.

Sweetening the deal, the EU has agreed to pay Turkey 3 billion more euros over the next two years to support the refugees – but only when Ankara provides a list of projects that qualify for the assistance.

However huge doubts remain whether the EU and Turkey deal is legal or workable and many say is immoral.

Watching the EU grovel to #Turkey is not just humiliating but also so dangerous. Erdogan's Islamofascist regime cannot be trusted.

It's wrong to compromise on accession conditions. Turkey MUST fulfil human rights & democracy standards. No if, no buts. #TurkeyDeal #EUCO

Ahead of the deal being reached, members of the European Parliament Foreign Affairs Committee said: "Outsourcing the refugee crisis to Turkey is not a credible long-term solution to the problem."

Members of the committee also said that any deal over refugees should not be coupled to Turkish accession into the EU.