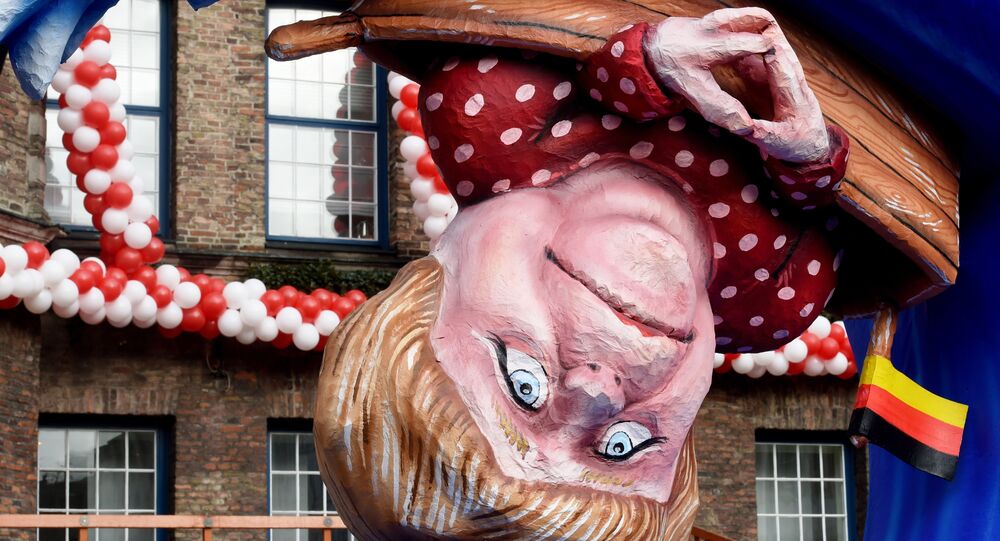 German Chancellor Angela Merkel has been described as "the pianist on board the Titanic" by senior lawmaker - and former minister - Peter Ramsauer, who says her handling of the refugee crisis has made her unelectable in the 2017 vote for Chancellor.

© REUTERS / Fabrizio Bensch
Merkel Misery Deepens as Election Blows Deliver Refugee Rebuff
Ramsauer, who served as the Federal Minister of Transport, Building and Urban Development in the second Merkel cabinet and who represents the Christian Social Union in Bavaria (CSU), the German Chancellor's sister-party in the Union, said Sunday's regional election results were "devastating" for the party.

He said anyone who thought the result was anything other than a disaster was deceiving themselves. Merkel described the vote as a "difficult day." Ramsauer told Die Welt:

"This reminds me of the pianists on the Titanic. They played to the end but were flooded anyway. Whoever now speaks beautifully about the election results in the same way makes people more furious."

He said the fortunes of the CSU were being pulled down by Merkel, who leads the Christian Democratic party (CDU), said his party would be better distancing itself from the German Chancellor. Asked if Merkel was the one to stand for re-election in the 2017 federal vote, Ramsauer said:

"When I ask my local chairman whether they would be prepared in 17 months' time to display Merkel posters, I see only long faces. I understand this position. These people are on the front line and are no longer willing to participate in her policies."

Merkel has come in for severe criticism at home over her open doors policy to refugees, which initially brought her plaudits. However, the sheer volume of migrants arriving in Germany has caused major strains in many German states, with asylum seekers creating a burden on local authorities. More than 1.1 million entered Germany in 2015 alone.

Merkel has refused to bend for calls to cap the total number of refugees Germany will take this year, causing anger in Bavaria, where CSU Party leader and minister President Horst Seehofer has had to deal with the flood of migrants coming over the border from Austria. Following the CDU/CSU Union's poor performance in this week's regional elections, Seehofer said:

"We should tell people that we get it and that we will draw the consequences from this election result."

Merkel's falling popularity has been accelerated by her isolating Germany within Europe.

© REUTERS / Fabrizio Bensch
Merkel Blamed for Failure to Reform EU Refugee Rules
Her plans to relocate refugees across all 28 member states according to a mandatory quota system have met with huge opposition — particularly from Central European states.

Her calls for a pan-European response to the crisis — keeping open the border inside the Schengen zone — have been ignored as country after country closed their borders. Her deal with Turkish Prime Minister Ahmet Davutoglu to stem the migrant flows in return for a one-for-one migrant swap and accelerated membership of the EU has been widely criticized and she is unlikely to see it ratified at the next European Council summit which begins March 17.