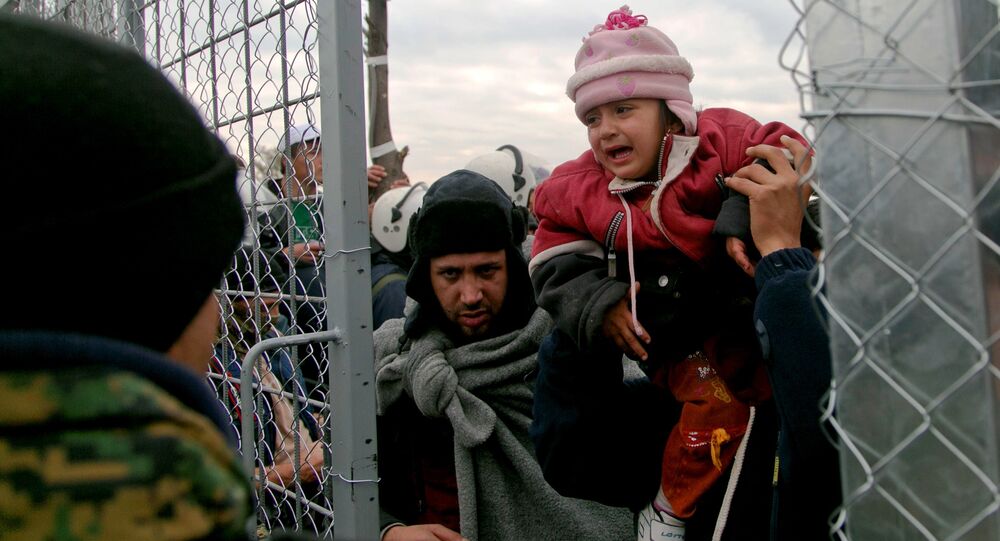 Last week, Macedonia and other countries on the so-called Western Balkan migrant route have closed their borders to undocumented migrants. On Monday, Macedonia sent 1,500 migrants who illegally crossed its Greek border back to neighboring Greece.

"Austria has offered support to Macedonia… The Defense Ministry is currently checking whether we can help with technical gear, such as night vision goggles," Doskozil told Die Welt newspaper.

© AP Photo / Boris Grdanoski
Migrants Arriving in Macedonia to Be Returned to Greek Territory
He added that the European Union should provide more financial support to Macedonia which is facing huge refugee flows across its Greek border.

Europe has been beset by a massive refugee crisis, with hundreds of thousands of refugees fleeing conflict-torn countries in the Middle East and North Africa. The majority of them come to Europe across the Aegean Sea from Turkey.