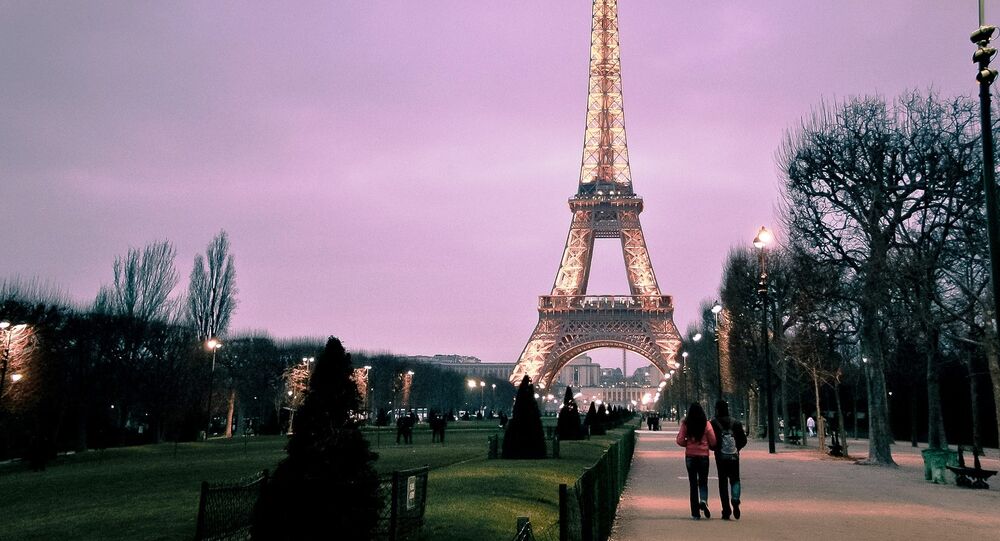 A new opinion poll shows that in France a majority of people would like a referendum on EU membership (53 percent) and in Sweden, Germany, and Spain there are more respondents in favor of holding a similar referendum than opposed.

France was a founder member of what has now become the European Union and is seen as a central pillar of the whole European project, but — in recent months — has seen a huge rise in anti-immigration sentiment and a surge in the popularity of the right-wing Front National party, led by Marine Le Pen.

The UK Prime Minister David Cameron fired the starting gun on his country's route to an In-Out referendum on EU membership, which will take place on June 23.

© REUTERS / Philippe Wojazer
Cameron and Hollande in Crisis Talks Over Brexit as Calais Row Erupts
Cameron was forced to promise a referendum ahead of the 2015 general election because of rising anti-EU sentiment within his own Conservative Party and the rise in popularity of the anti-EU UK Independence Party (UKIP) —  which took 12.6 percent of the election share of the vote.

The poll by the University of Edinburgh found that after the French, the Swedes (49 percent) are in favor of holding a referendum on EU membership, followed by Spaniards (47 percent) and Germans (45 percent).

According to the London School of Economics, Greece is the second most Euroskeptic country in the European Union, with 50 percent of the Greeks thinking that they have not benefited from the EU at all.

According to the University of Edinburgh poll, 25 percent of the French want to see an end to the free movement of people throughout Europe — a central principle of the EU. Although not a majority, the finding is indicative of a rise in anti-immigration sentiment in France.

"The British referendum is a laboratory for other referendums in Europe. Such trivialization could produce devastating effects," Anand Menon, professor of political Europe at King's College London and director of 'UK in a changing Europe' told Le Monde newspaper.

Cameron is battling for the UK to remain within the EU and has negotiated what he calls "special status" for Britain allowing it a derogation from 'ever closer union'. He has also called for national governments to have the ability to overrule Brussels, a cut to red tape and the non-discrimination of non-Eurozone countries.

However, his most significant demand has been for the suspension of in-work benefits for EU migrant workers for up to four years. In the latest survey, 32 percent of French are in favor of depriving European foreign social benefits for the first four years of their stay.