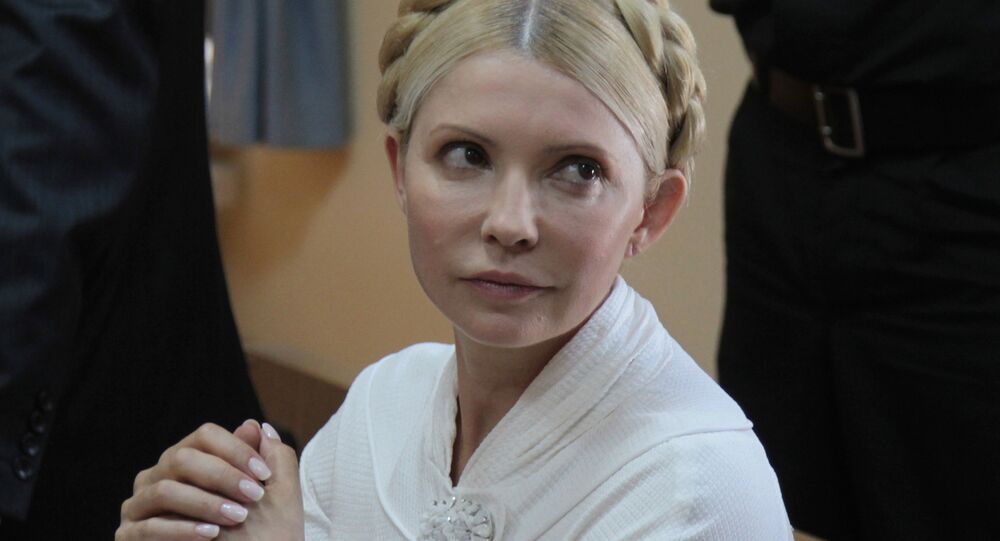 Game of Thrones? Tymoshenko ‘Fighting to Regain Power in Ukraine'

Against the backdrop of the crisis in the country, former Ukrainian Prime Minister Yulia Tymoshenko is waiting for a chance to return to power, German newspaper Frankfurter Rundschau wrote.

© Sputnik / Evgeny Kotenko
She'll Be Back? Yulia Tymoshenko Has Her Sights on Ukraine's Premiership
Tymoshenko is planning to use the current political crisis to retake the leading position in the country's government, the newspaper wrote.

While the country's authorities are paralyzed and leading politicians can't tolerate each other, the West expects decisive action and reforms from Kyiv.

Earlier, Tymoshenko stated that the current authorities are unable to carry out necessary reforms. A good chance for her could be new elections that may reopen the door for her to the country's top position.

According to the newspaper, Tymoshenko once again wants to play a key role in the government and regulate Russian-Ukrainian relations. Her party has shown good results in the local elections, and now she has to consolidate her success, the article said.

"A comeback to the big stage would be a consolation for the lost presidential election in 2010 and the ignominious six percent during the parliamentary elections in 2014," the article said.

Recent polls showed that 15% of Ukrainians support Tymoshenko. However, it is unlikely that the current Ukrainian President Petro Poroshenko will allow her to regain her influence.

Ten years ago Tymoshenko passed ahead of him and received the post of the head of the government. Moreover, Tymoshenko's Batkyvshchyna party recently left the coalition of the Petro Poroshenko Bloc, National Front and Self-Reliance parties in the Ukrainian parliament, which was formed in November last year and ensured a parliamentary majority of 300 deputies in the 450-strong chamber.