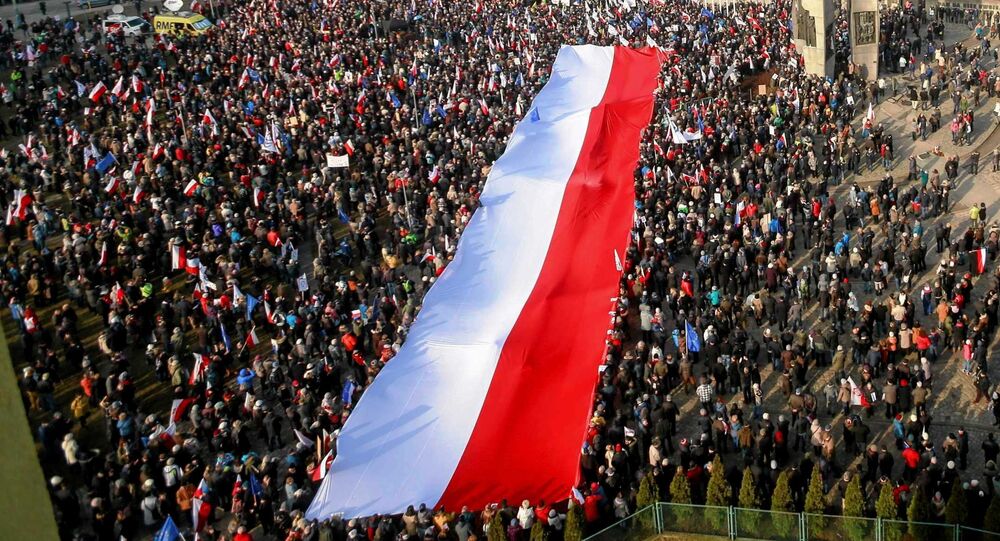 Thousands Take to Facebook to Protest Against Polish Constitution Reforms

A Facebook campaign launched to protest against the right-wing Polish Government's legal reforms has attracted tens of thousands of shares in the continuing unrest of the Warsaw administration's constitutional reforms.

© REUTERS / Kacper Pempel
Poland on Collision Course With Brussels Over Constitutional Crisis
In December 2015, the Polish Government added five 'politically friendly' judges to the country's Constitutional Tribunal, in a move seen by critics as making it easier to push through legislation with less opposition.

However, Chief Justice Andrzej Rzeplinski Wednesday ruled that many sections of the law passed in December 2015 were "non-compliant with the Polish Constitution.

A Facebook page set up to publicize the ruling of the chief justice attracted 54,000 shares in 24 hours. It said:

"Prime Minister Beata Szydło says she has no intention of respecting the rule of law, saying the publication of the judgment does not intend to apply to her, breaking the base of democratic governance."

The European Commission in January launched an investigation because it believes this could break its 'rule of law mechanism' which seeks to is rein in EU member governments whose policies and legislation are seen to pose a "systematic threat" to EU values — particularly on justice, democracy and media freedom.

PM Szydlo has to respect verdict of Constitutional Court, publish it without delay + implement it, instead of worsening crisis in #Poland

Meanwhile, a separate report from the Venice Commission — a body of legal experts within the Council of Europe — due to be published February 12, is to warn that the court reforms put democracy, human rights and the rule of law at risk.

Poland: The Black Sheep of Europe?